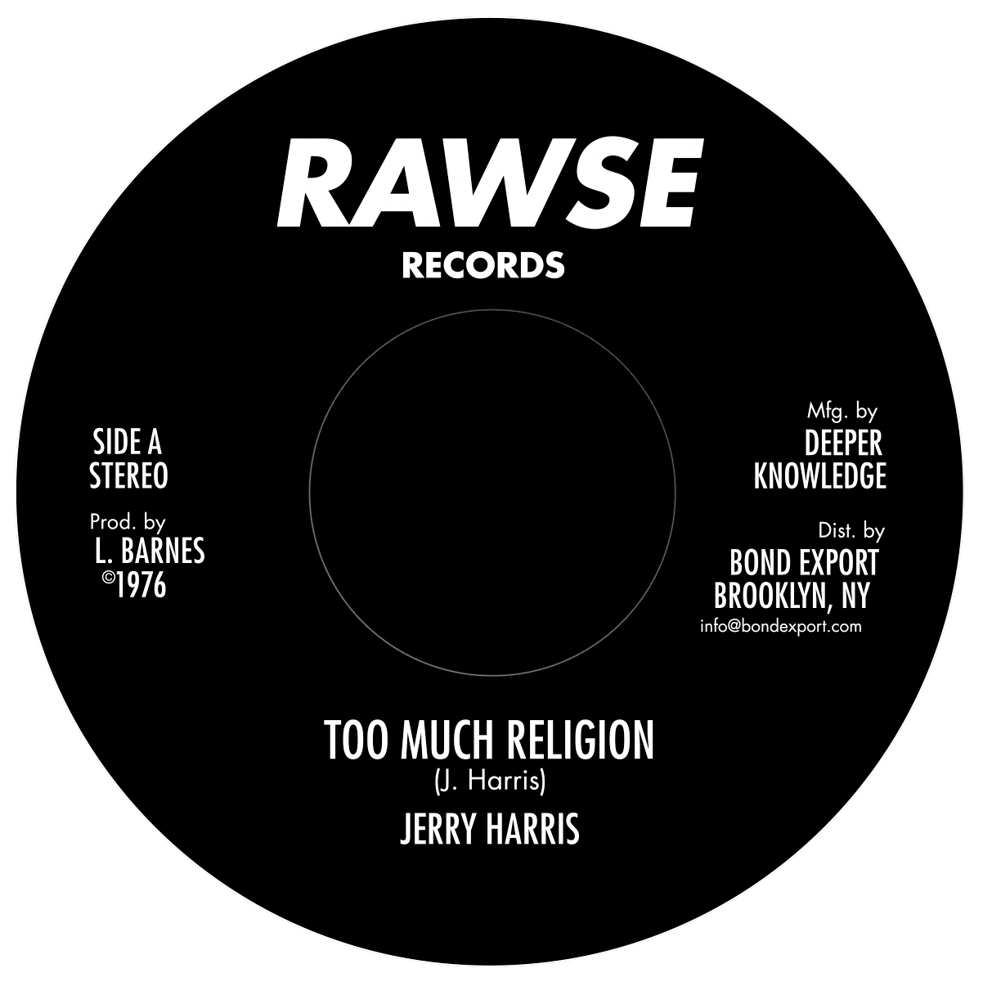 by Baba Leslie and Jerry Harris

Jerry Harris' first tune, cut for Wackie's in 1975. The rarest tune on the Rawse label and one of the rarest among all Wackie's 7"s, this is a fantastic tune with crazy synth, backed by a great horns dub featuring Wackie's in-house hornsman Baba Leslie. Message music as true now as ever.