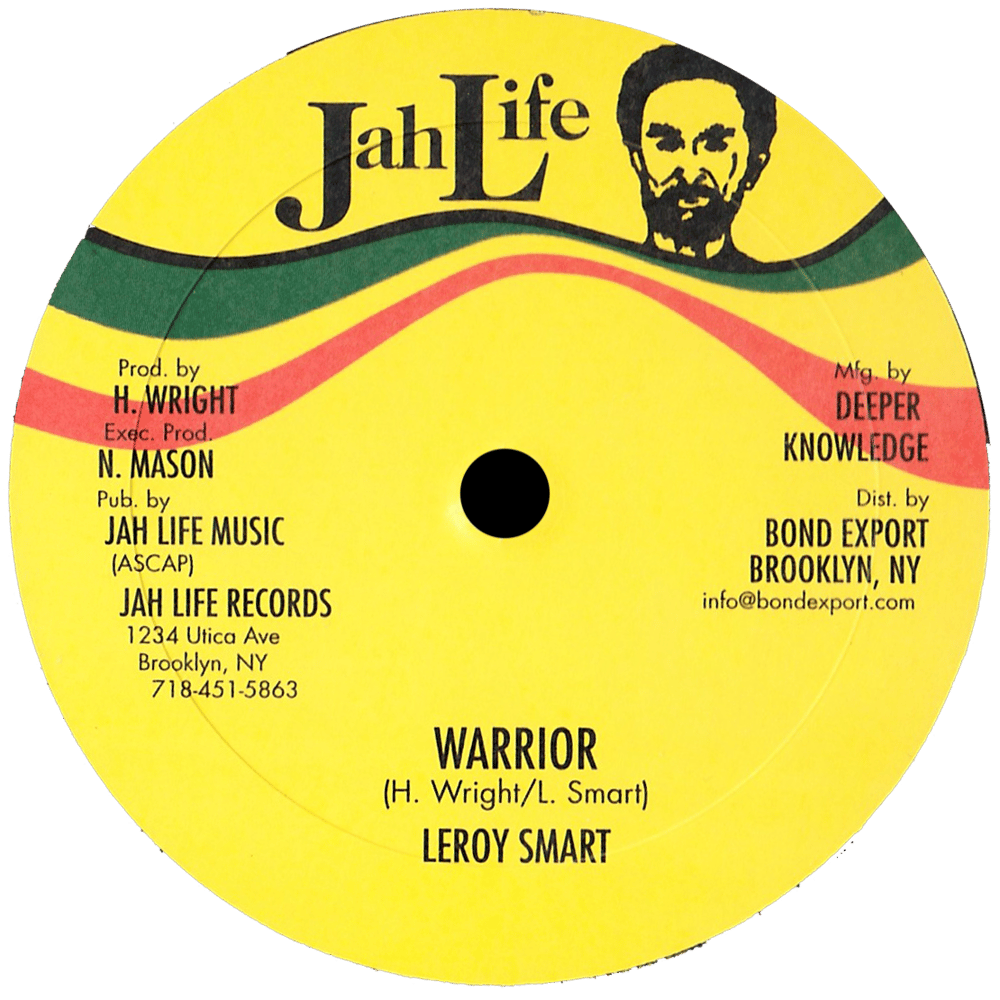 Our next batch of Jah Life reissues is another great one. Leroy Smart's "Warrior" is one of the best cuts we've heard on the often-versioned "Green Bay Killing" rhythm. This heavy version was released only on the "Jah Life Smashing Superstars" compilation LP back in the day, with the dub unreleased and run on dubplate only by Jah Life, Volcano, and some others. The anthemic plea for peace chorus of "I and I no warrior, I and I no tribalist, I and I nuh fire no gun" reminds us of the Enforcer's "Pay Them". On the flip side of "Warrior" is "Thief in the Night", Leroy's vocal on the rhythm well-known for Barrington Levy's "Shaolin Temple." This tune was previously only released on his Jah Life produced LP, "Too Much Grudgefulness." Along with the vocal there is a wicked Scientist dub of the rhythm, as previously released on the rare Jamaican issue of the Scientist "Big Showdown" LP on Jah Guidance.