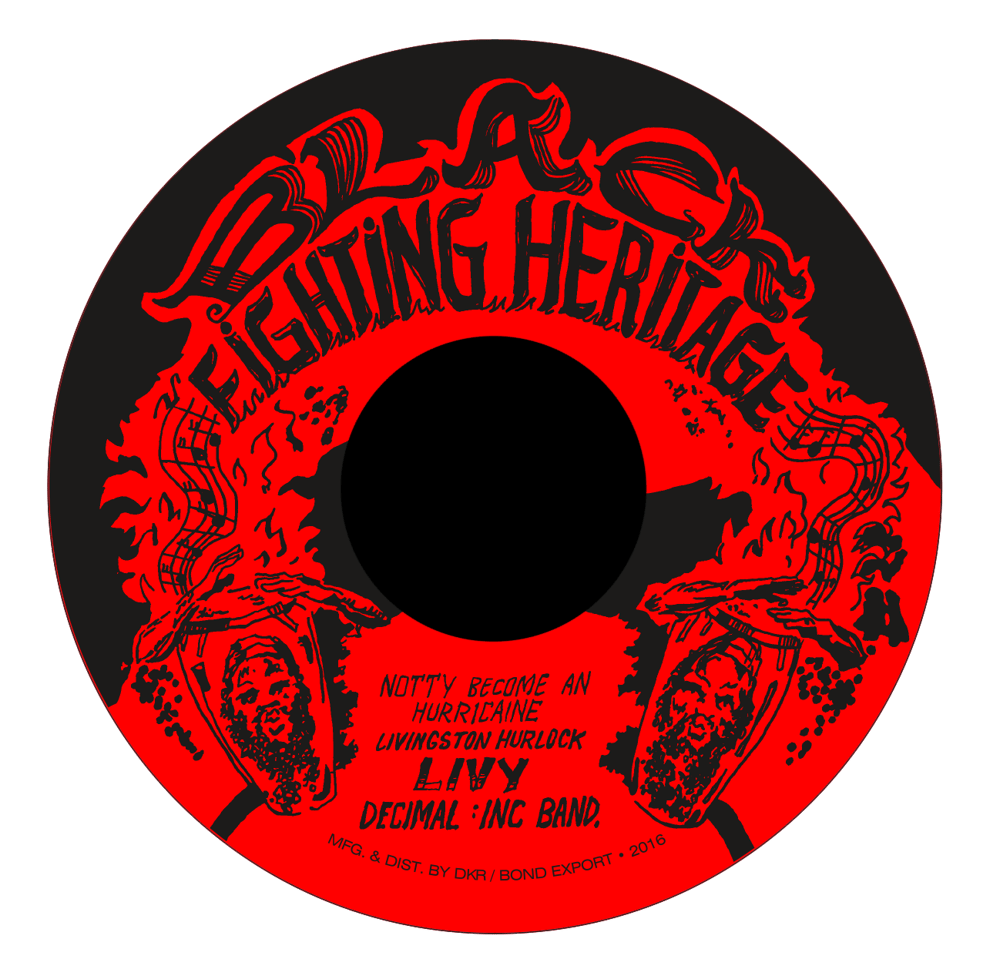 A true classic of independent '70s roots. Livingston 'Livy' Hurlock wrote, sang and produced this classic rough & ready rasta anthem roots 45 in the mid '70s, his first recording. As a fledgling artist, Livingston did what so many did in the '70s and '80s, trod on down to a Kingston studio and cut a record. This one was made at Dynamic Sounds, with the mysterious "Decimal Inc." band who Livy recalls as a house band at the studio. Pressed in a quantity of 200 and self-distributed, the 45 made little mark at the time, despite the fantastically illustrated label art, and a terrific dub side. When we first heard of (but had never seen) this record, it sounded too good to be true, but it is, and after hearing it we were able to track down Livingston and give it an official reissue. Livingston emigrated to the US in the early '80s, where he has continued to record and perform roots reggae for over 30 years, both as a solo artist and as the front man for bands, under his stage name Levi Matamugu.