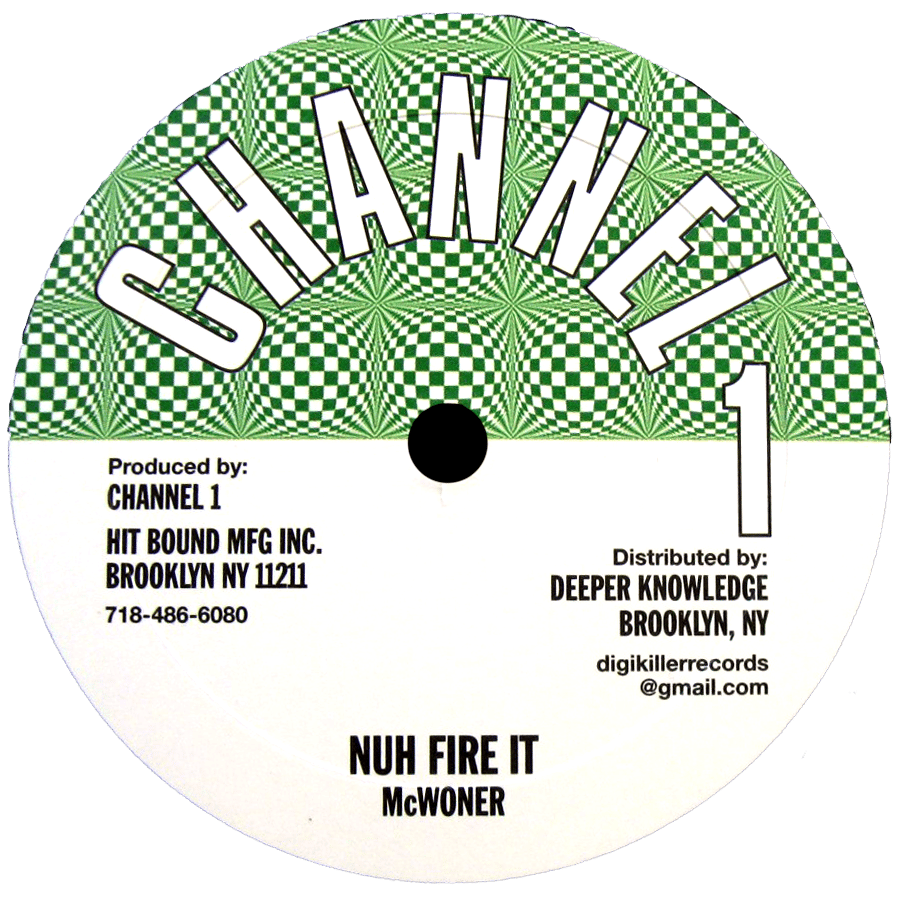 Round two of Channel One releases! Continuing in our campaign to re-release the jewels of the Channel 1 catalog which have not been back out since their original release, we bring you our first batch of 10-inches, the dubplate-style vinyl format introduced to reggae by Channel 1 in the early 1980's. After introducing the 12-inch discomix to JA in the late 1970's, Channel was innovating again in the early 1980's, bringing out a barrage of 10-inches from their new NY base, featuring many awesome tracks. Among those was this double-sider from the man called McWoner (or Mac Warner). He didn't seem to do too much recording, but what made it on to vinyl is mostly fantastic, and at the top are these tunes, "Nuh Fire It" and "Higher Region" (both followed by dubs).