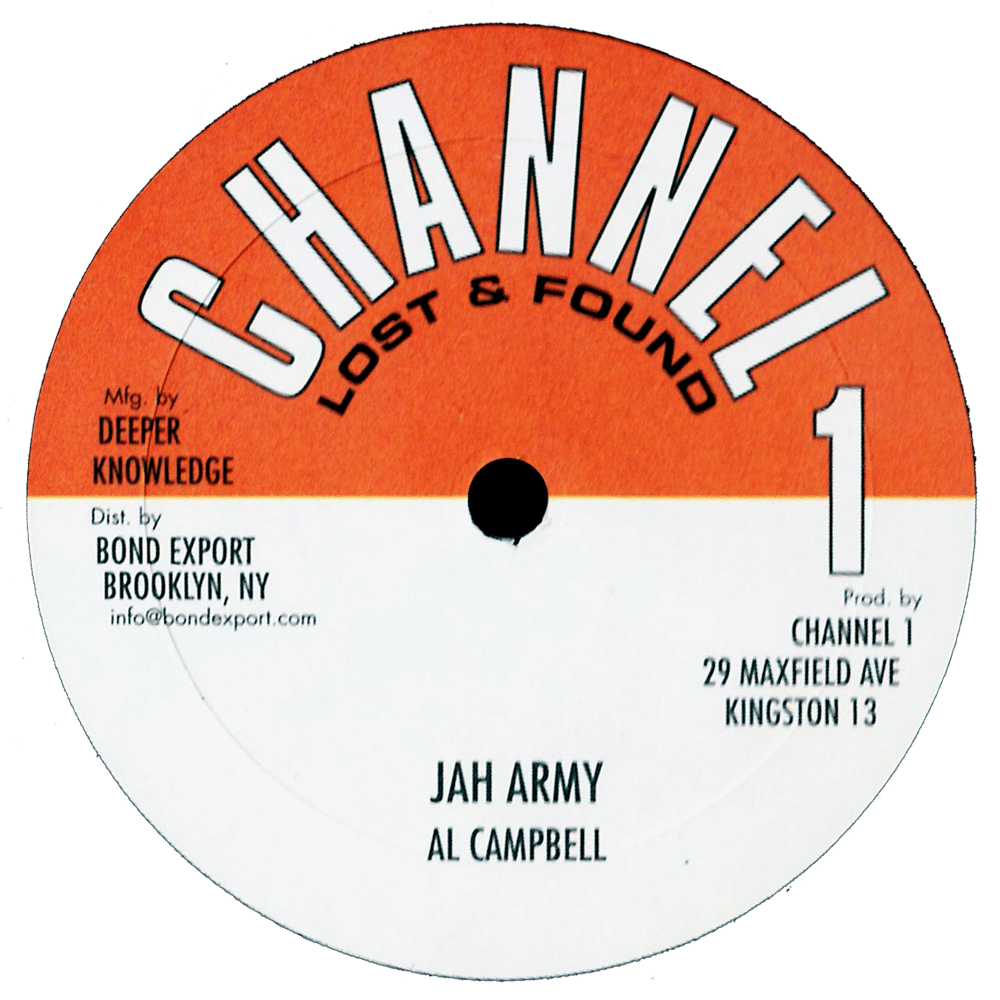 by Al Campbell and Barry Brown

Channel 1's lost and found series continues with a big ten-inch. This one features Barry Brown, with another unreleased vocal & dub, called "Praise Him", this time riding the same rhythm as Al Campbell's "Jah Army." The Al Campbell cut of course, is on the flip side, reissued for the first time since its original release on 12-inch on the Jedi label in the early '80s. "Jah Army" is presented as originally issued, in discomix format, vocal running into dub.