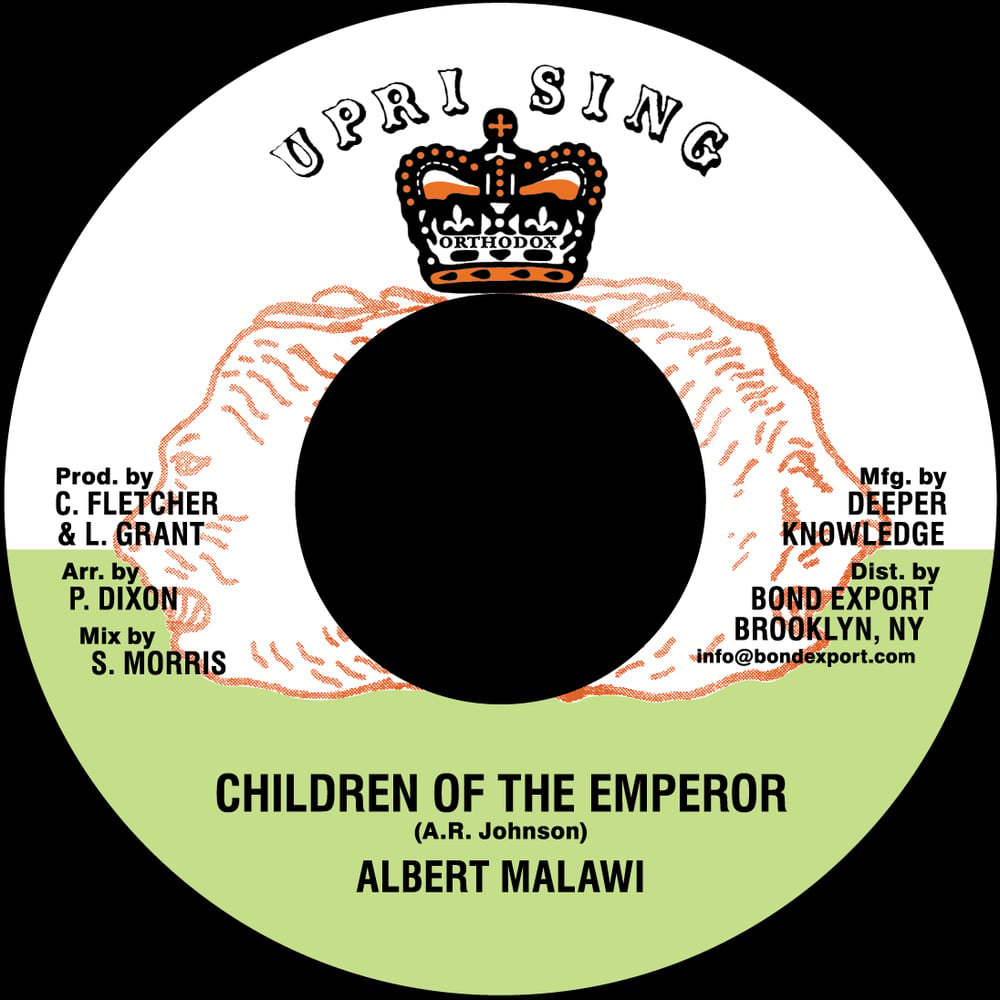 by Advocates Aggregation and Albert Malawi

Finally, a reissue program of Carl "Stereo" Fletcher's amazing mid 1970's Uprising label. Stereo was a singer and producer who's handful of roots reggae releases on his Uprising and Stereo Beat labels in the mid-late '70s are some of the best of the era. Affiliated with the 12 Tribes of Israel musicians, Stereo's productions captured some of their best performances. We'll be (re)issuing some of the best released and previously unreleased cuts from this '70s era and beyond, as Stereo has kept producing right thru to the present day.

Thru our previous releases on the Negus Music label (with more yet to come!), you should know how much we like Albert "Ilawi" Malawi. Known as a great drummer and also as selector of the legendary Jah Love sound system, Ilawi is also a fantastic vocalist and here is maybe his best record, one of the best roots records of the 1970's, and a great dub mixed by Sylvan Morris.

NOTE: DKR-173 and DKR-174 ("Children of the Emperor" and "Cuts and Bruises") are pressed from the original 1975 stampers. As such you'll hear some light noise (from age & limited wear) in the sound samples. We feel the benefits of having the original loud and heavy JA mastering retained here (using the original stamper means you're getting the exact same thing as the original press!) far outweigh a little tick here or there. Also please remember these sound samples are mp3's meant for familiarizing with the tune, not judging the audio quality. Trust us, when you play these loud on your set, you won't be disappointed!