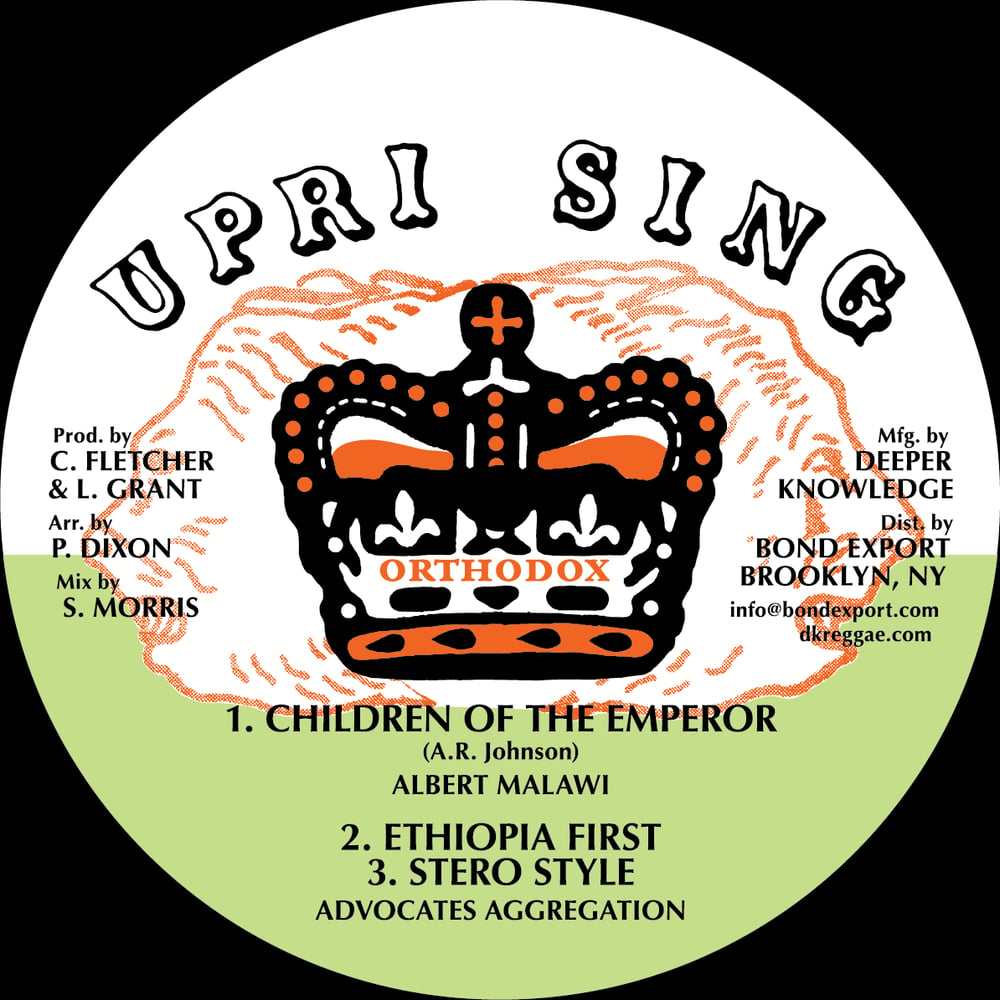 Our third time around for "Children of the Emperor", and its first time on 12". As were unable to continue pressing our original stamper first issue of the tune, we figured it was time to run it back again, but with something extra. This issue contains the original vocal & dub as on the original JA 45, and adds an extra bonus vintage dub cut mixed a bit later than the original issue. This is truly essential 1970's roots music that we can never get enough of. The b-side features the discomix of Keith Ffrench's moody "Prejudiced Country", a great one-away roots tune only released in England in 1979, and reissued for the first time here.

Player below will play samples of all tracks on the release, or click to soundcloud to play tracks individually -
DKR-NYC · DKR-251 - ALBERT MALAWI / KEITH FFRENCH - CHILDREN OF THE EMPEROR/PREJUDICED COUNTRY 12" (UPRISING)