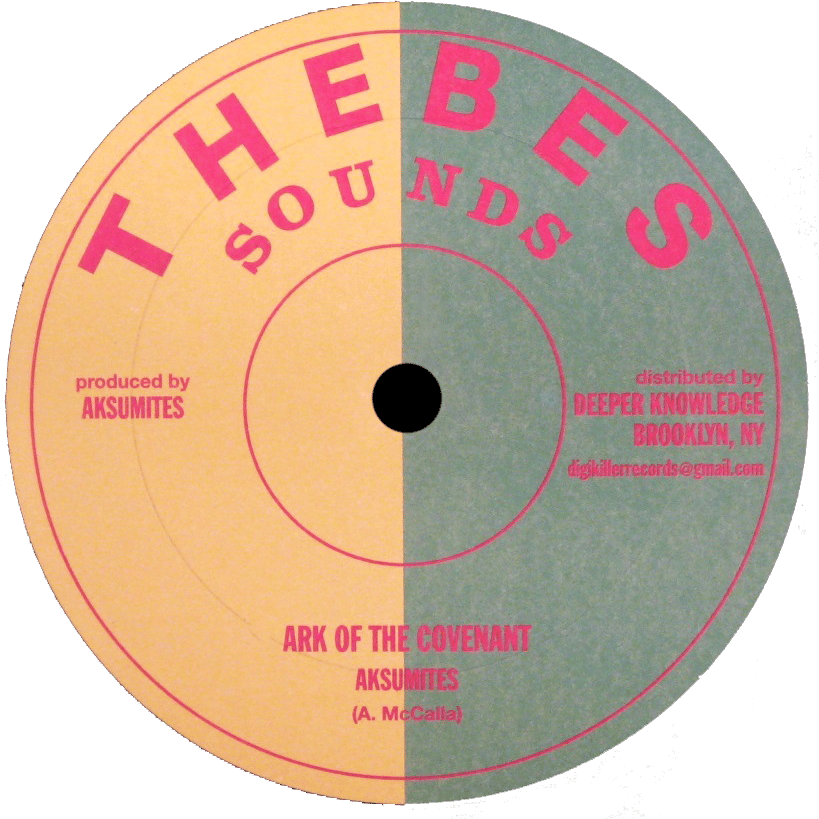 From the deepest wellspring of New York City roots, the Bronx, returns one of the most seldom heard and mystical pieces of roots music ever made. The Aksumites were a roots harmony trio unlike any other, and the 'Ark of the Covenant' is their masterpiece. Group leader and song writer Andrew McCalla came to New York City from Trenchtown in the first half of the 1970's, and quickly took up work as a solo artist and song writer for Bullwackie's and Munchie Jackson, releasing solo tunes on now-legendary labels like Aires. But at the turn of the 1970's into the 1980's, the Aksumites group got to work self-releasing some discomix 12-inches , including this one, a just-shy-of eight minutes long vocal side of singing and chanting, backed by a rhythm heavy enough to match their message. The flip side is the same heavier-than-lead approach, with the rhythm being mixed for vocal delivery in fine deejay style by Nigger Charlie (despite some labels saying 'Dub', the flip has in-fact always been the deejay version!). The incomparable rhythm track was laid in New York by the New Breed Band, now well known for their work on many releases from the Wackie's camp. The rhythm was then taken to Channel One in Kingston, for voicing, overdubbing and mixing. The group released the disco just once, but with two different labels - the THEBES SOUNDS label was designated for Jamaican distribution, while the AKSUM RECORDS label would be for distribution in NY. Over the years this record has quietly attained the reputation it rightfully deserves, among the select few lucky enough to hear it. But it need be quiet no longer, and so Deeper Knowledge Records joyfully presents it again...behold the Ark of the Covenant!