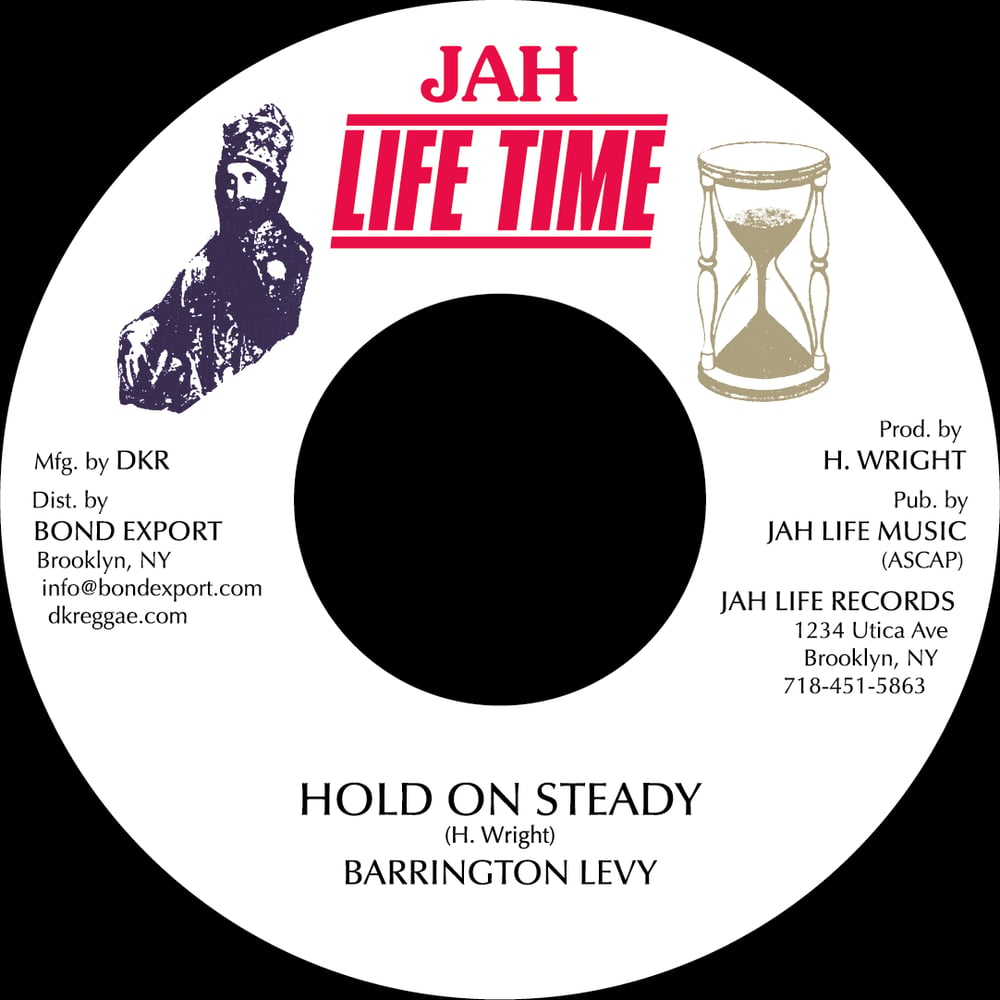 1987 digital fire. This track was released once before under the title "Romantic", nearly 25 years ago in 1997 on a Barrington Levy compilation. Here it is now for the first on single with its original title "Hold On Steady." If the rhythm sounds uncannily like the digital productions out of King Tubby's studio at this time, that's because the rhythm was made by Tony Asher, the man behind many of the best digital Tubby's productions. However this rhythm was made in NYC at HC&F Studio. Have keyboard, will travel. The dub is out here for the first time, as well as a great next cut by Icho Candy on another 45.

Click here to hear a sample of "Hold On Steady"