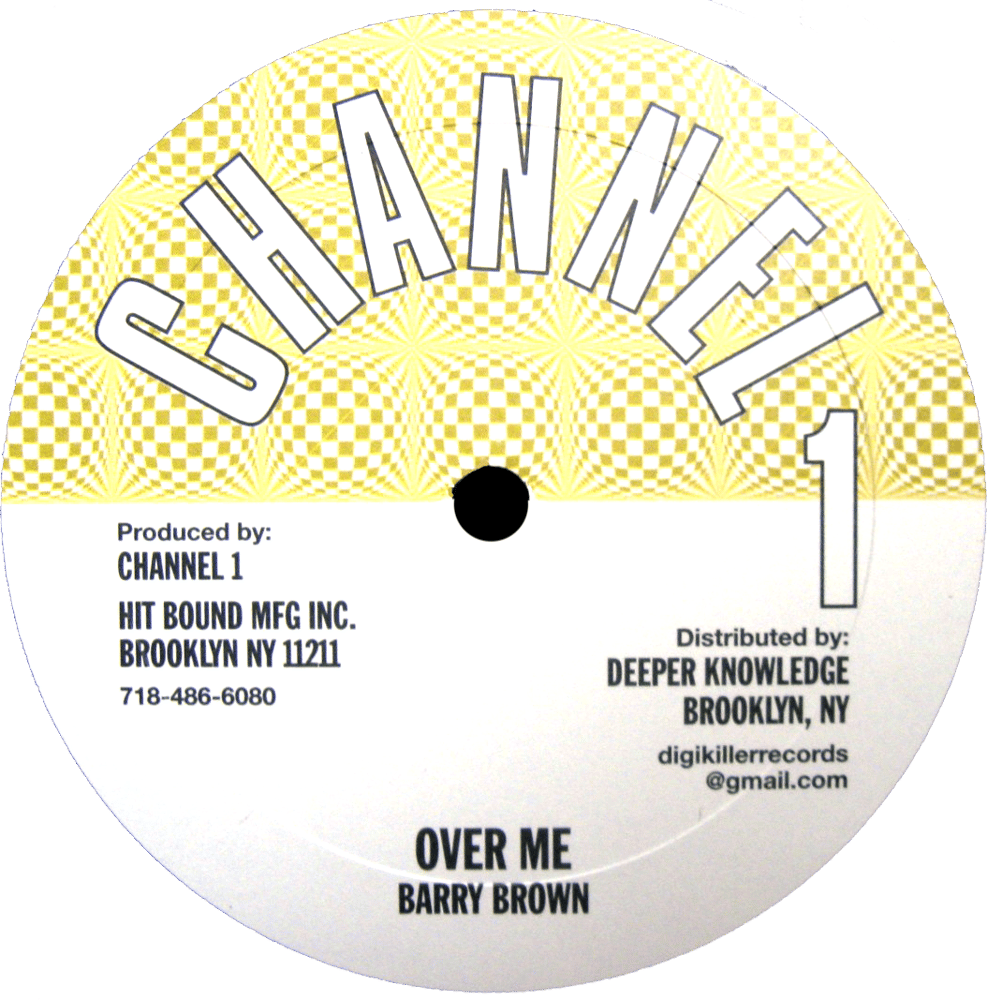 by Angela Prince and Barry Brown

Round two of Channel One releases! Continuing in our campaign to re-release the jewels of the Channel 1 catalog which have not been back out since their original release, we bring you our first batch of 10-inches, the dubplate-style vinyl format introduced to reggae by Channel 1 in the early 1980's. After introducing the 12-inch discomix to JA in the late 1970's, Channel was innovating again in the early 1980's, bringing out a barrage of 10-inches from their new NY base, featuring many awesome tracks. A pairing of two of our favorites - Barry Brown's "Over Me" and Angela Prince's "Joker Lover." The Barry Brown cut is again, like our last batch of releases on the Flabba label, one of his finest tunes of the era. The Angela Prince is an often-overlooked tune, with mournful lovers lyrics on top of one of Channel's all-time heaviest riddims. Again, both tunes are followed by dubs.