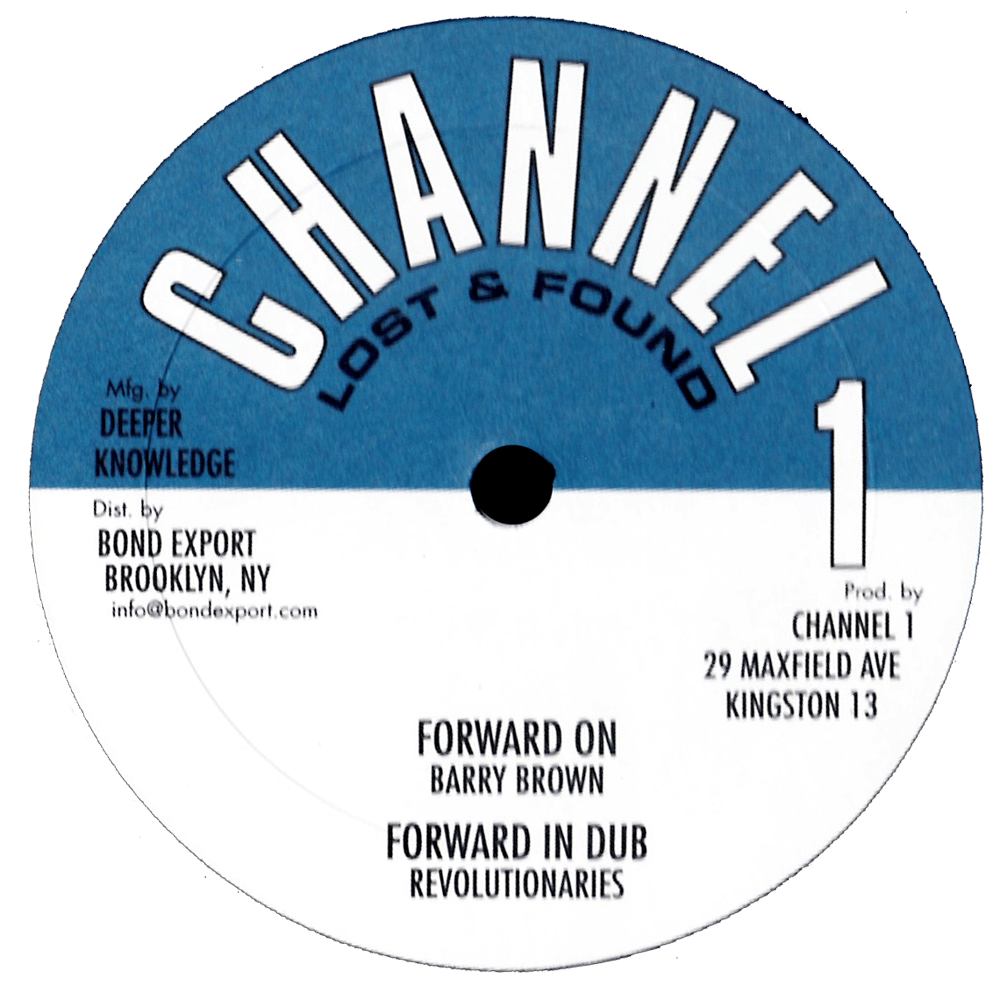 Channel 1's lost and found series continues with a big ten-inch. This one features Channel 1's heavy update of the classic 'skylarking' rhythm. Barry Brown's "Forward On" originally appeared only on his classic "Far East" album. The vocal here is followed by an unreleased dub cut. The flip side is an unreleased vocal cut by Clarence Parks. This cut is followed by a different skylarking dub, which we believe to be also unreleased. While it's a bit more lo-fi and not quite as Channel 1 sounding, this was sourced from a collection of tunes originally played as dubplates by the Channel 1 sound system, another piece of Channel history. One bad ten-inch with four killer cuts.