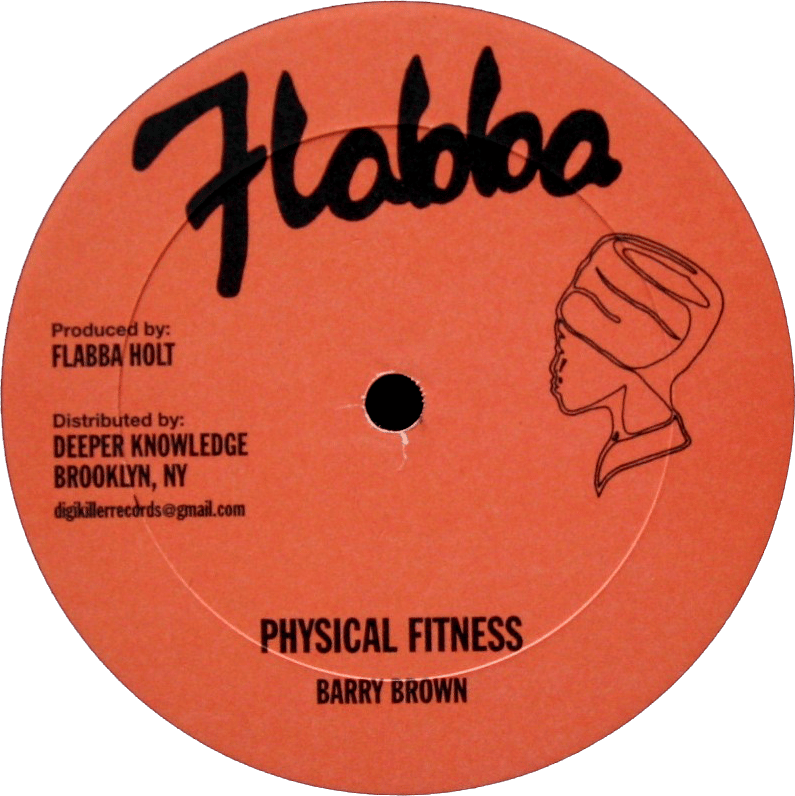 From the early 1980's, three vocals from one of our top artists, Barry Brown, alongside four killer dubs. Produced and arranged by Roots Radics bass player and main man Flabba Holt, these tracks are among Barry's best and have been mostly unavailable since their original release almost thirty years ago. "Physical Fitness" now comes backed with two additional and different dubs of the "Them Ha Fi..." and "War Monger" rhythms, both of which were only previously available on LP. Hard rock 80's roots sounds from the unbeatable combination of Barry Brown, Roots Radics Band, and Channel 1 studio.

Click here to hear a sample of "Physical Fitness"