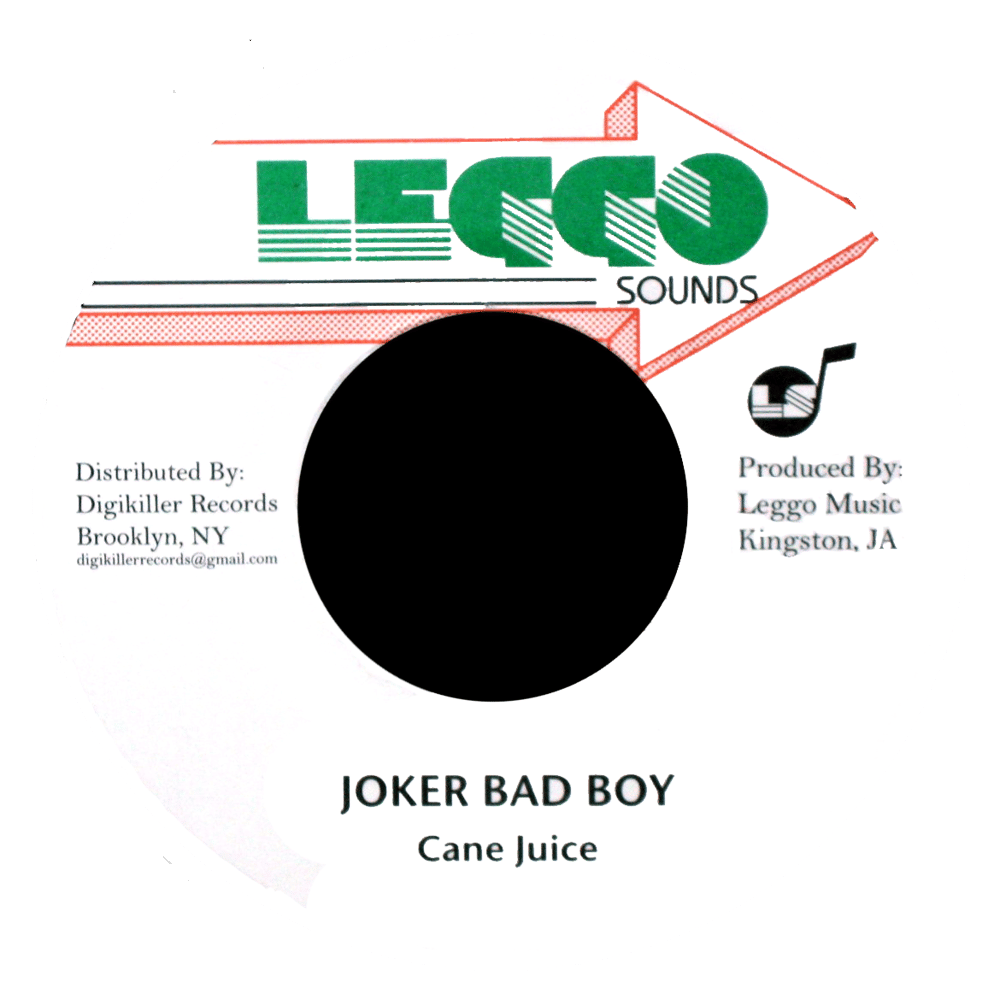 From 1986, "Joker Bad Boy" by Cane Juice. A tune which blew us away from first listen with an amazingly advanced digital riddim, played live and arranged by Leggo's longtime spar Flabba Holt of the Roots Radics. Cane Juice, long one of our favorite singers, sends a message about all false bad boys, with his infamous lyric "nuff bwoy a love up di gun but dem fraid a di bullet".