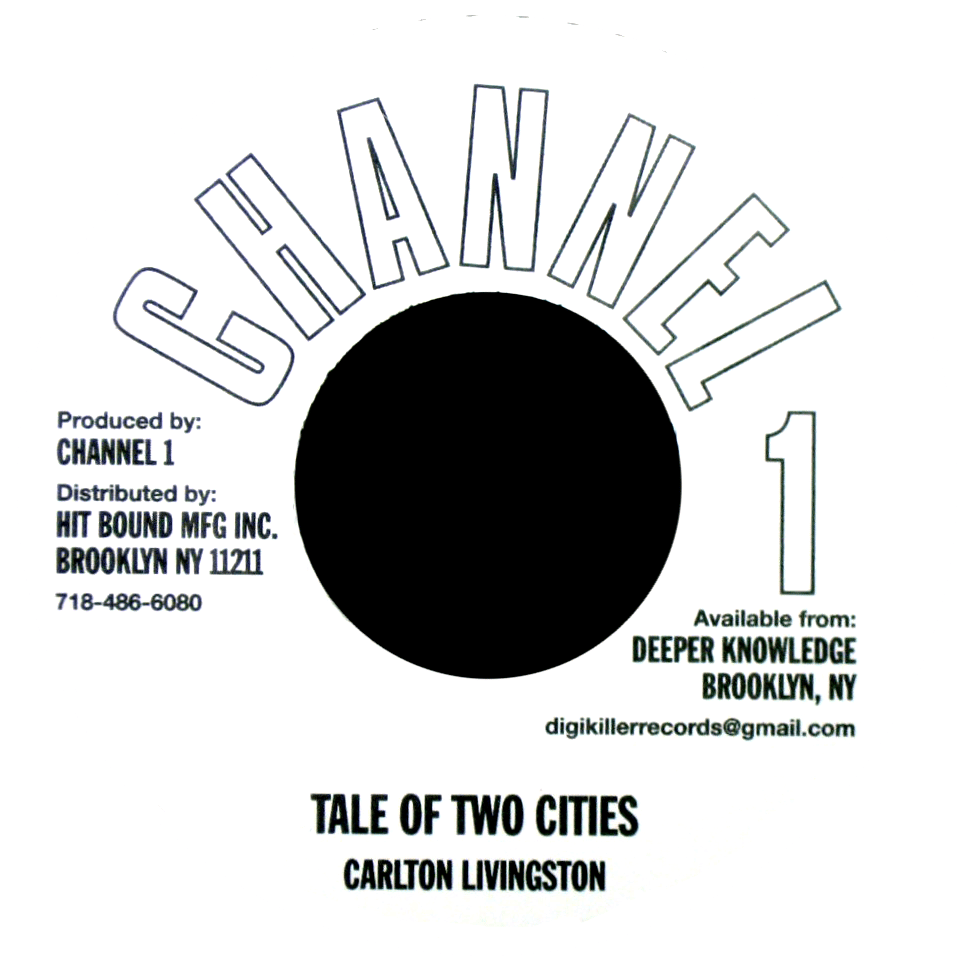 CHANNEL 1 - no introduction needed. With reverence, we present the first batch in a series of mainly never-before-reissued selections from the Channel 1 catalog, to be distributed by DKR. Carlton Livingston's 'Tale of Two Cities', not only his first released tune, but one of his best. A tough riddim by the Revolutionaries, with wicked horns.