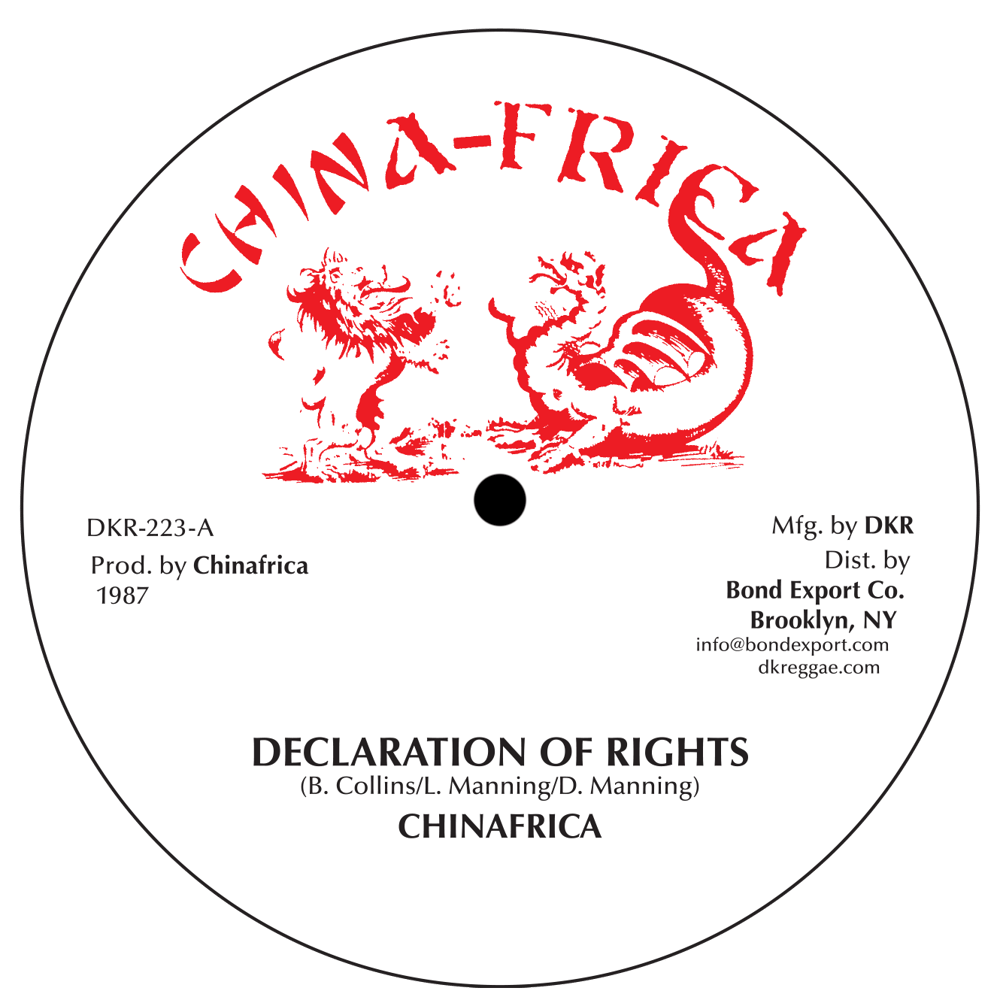 Chinafrica was one of the most unique groups in reggae history, started in the early 80s by Wayne Chin after the disbanding of his first group, the mighty Creole. The full story of Creole and Chinafrica will soon be told, watch this site. But to kick it off here is a killer double sider. The A-side is a previously unreleased extended cut, the band's personal rough mix and the only surviving recording, of their wicked version of one of the best roots tunes of all time, "Declaration of Rights." The B-side is one we have long considered a great underrated piece of late '80s digital, an '87 style cut to the Jamaican classic "Bababoom." This was originally and scarcely released only in Jamaica, on a 45 on Sonic Sounds' in-house Thunderbolt imprint. Always on the cutting edge, Wayne Chin was an early adopter of digital reggae, and had a full MIDI studio setup in New York in the late '80s.