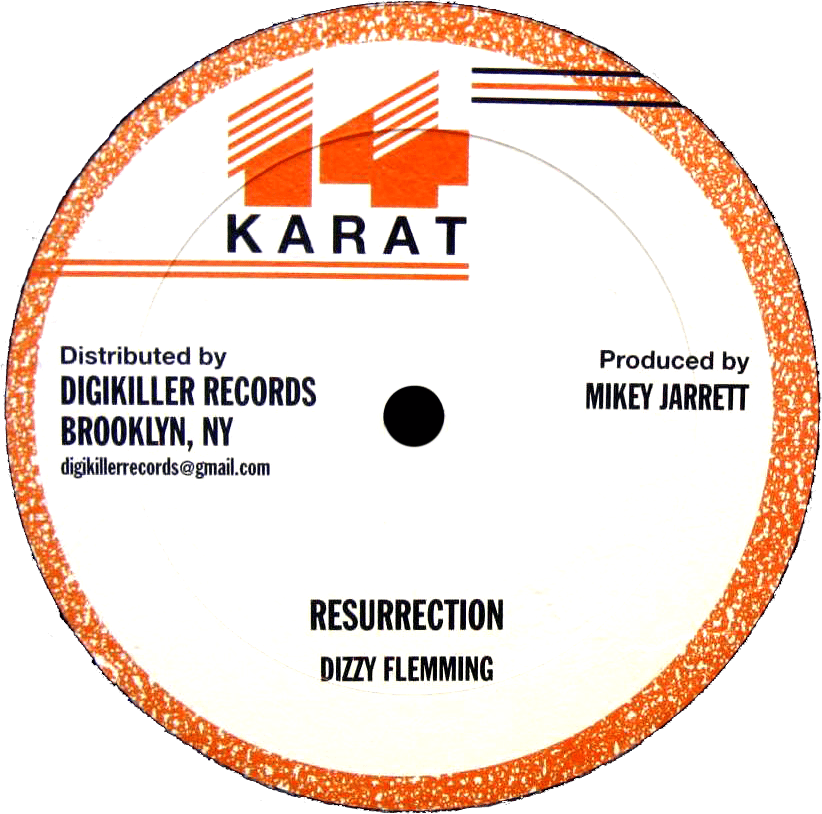 by Dizzy Flemming and Mikey Jarrett

More boomshots from the vaults of Mikey 'Karat' Jarrett! Straight from the master tapes, we bring you FOUR PREVIOUSLY UNRELEASED tunes and one famously heavy instrumental! Best known as the riddim to Scion Success' tune "Young Africans", this killer riddim was built and voiced at Channel 1 in the early 1980's, while Mikey was on a visit to Kingston. Upon returning to NYC, "Young Africans" was released on 12" disco, but the other three vocal cuts and a different dub version remained unreleased until now, over 25 years later! This 12" features "Starvation" by Mikey Jarrett, a deejay plea to help the troubled Africans. The vocal is followed by a wicked dub version in a raw drum & bass style. On the flip side there is the infamous "Resurrection" by the late great horns man Dizzy Flemming! This killer roots instrumental was produced by Mikey Jarrett and his friend Lloydie Prince in the early '80s, and saw only limited release in NYC as a 12" on the one-away MAN DINGO label, but became known as a sound system favorite in the UK.