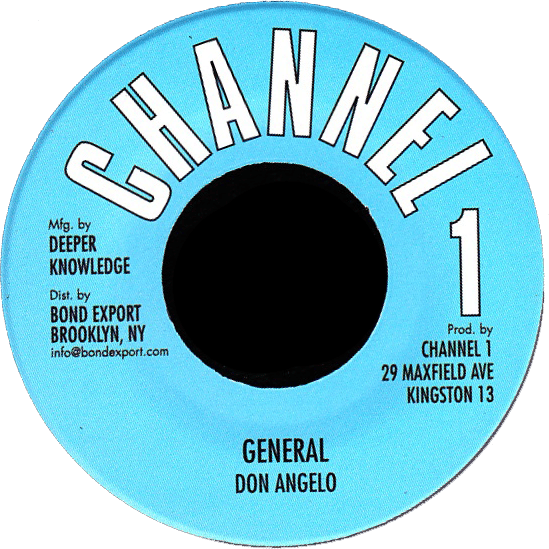 Another barrage of shots from the Channel 1 archives. Don Angelo, who cut a bunch of tunes for Channel 1 in the early/mid 1980's, but only a few were released. This one, "General", saw release only in the UK thru a licensing deal at the time, and it's a wicked uptempo track in the same vein as some of our recently-issued Tasha productions from the same time, approx. 1984.