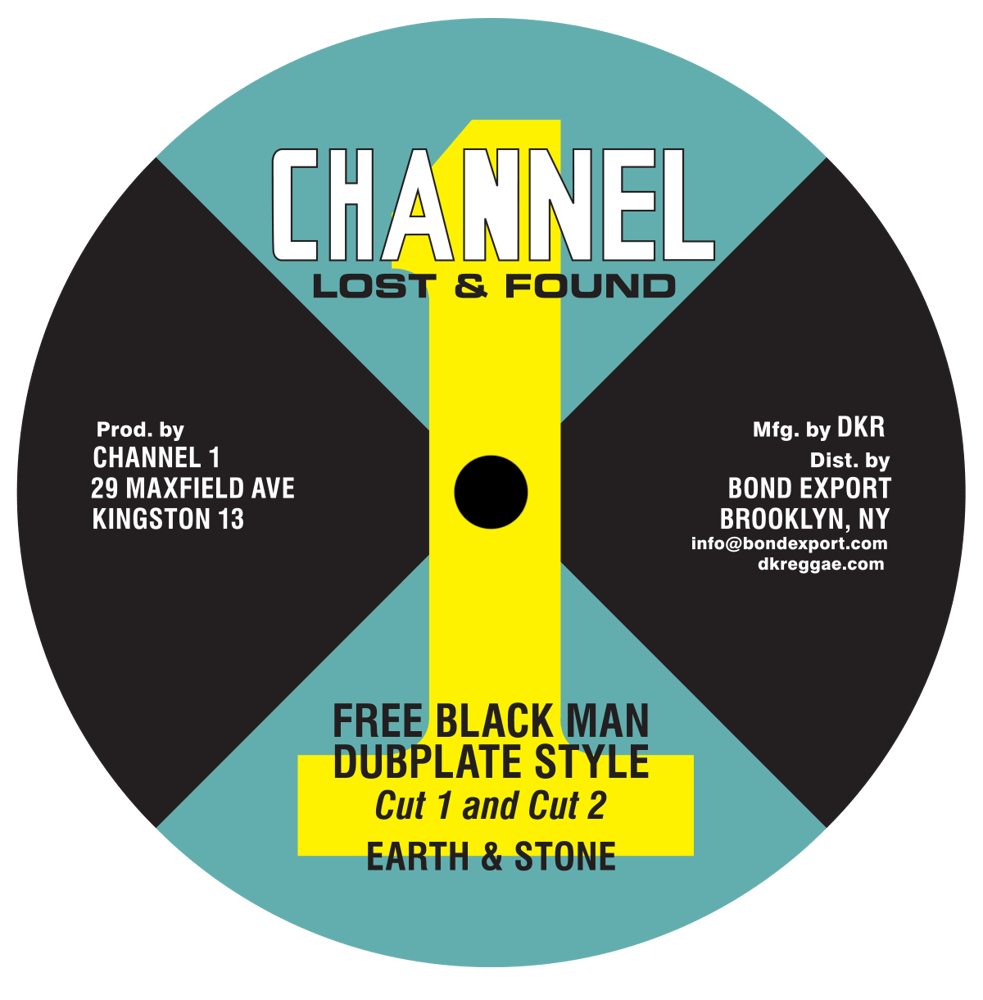 by Earth & Stone and I Roy

Legendary Channel 1 dubplate music. This version of "Free Black Man" by Earth & Stone was scrapped for release in favor of the softer version that eventually appeared on their "Kool Roots" album, but this heavy cut achieved infamous dubplate status thru play on UK sound systems. In the case of this tune, it seems only dubwise cuts made the rounds, as we've not heard (or heard of) a full vocal. And like many tunes not pegged for release from back in the day, mixdown masters were never kept, so only dubplates remain to haunt us. Here you get two hard dubwise cuts, remastered from dubplate (punters beware!), raw as ever. On the flip side, I Roy's vocal, the only released cut on this rhythm, as well as the only released dub, as appeared on our "Musical Dub Attack" LP.

Click HERE to listen to a clip of "Social Development"

Click HERE to listen to a clip of "Development Dub"