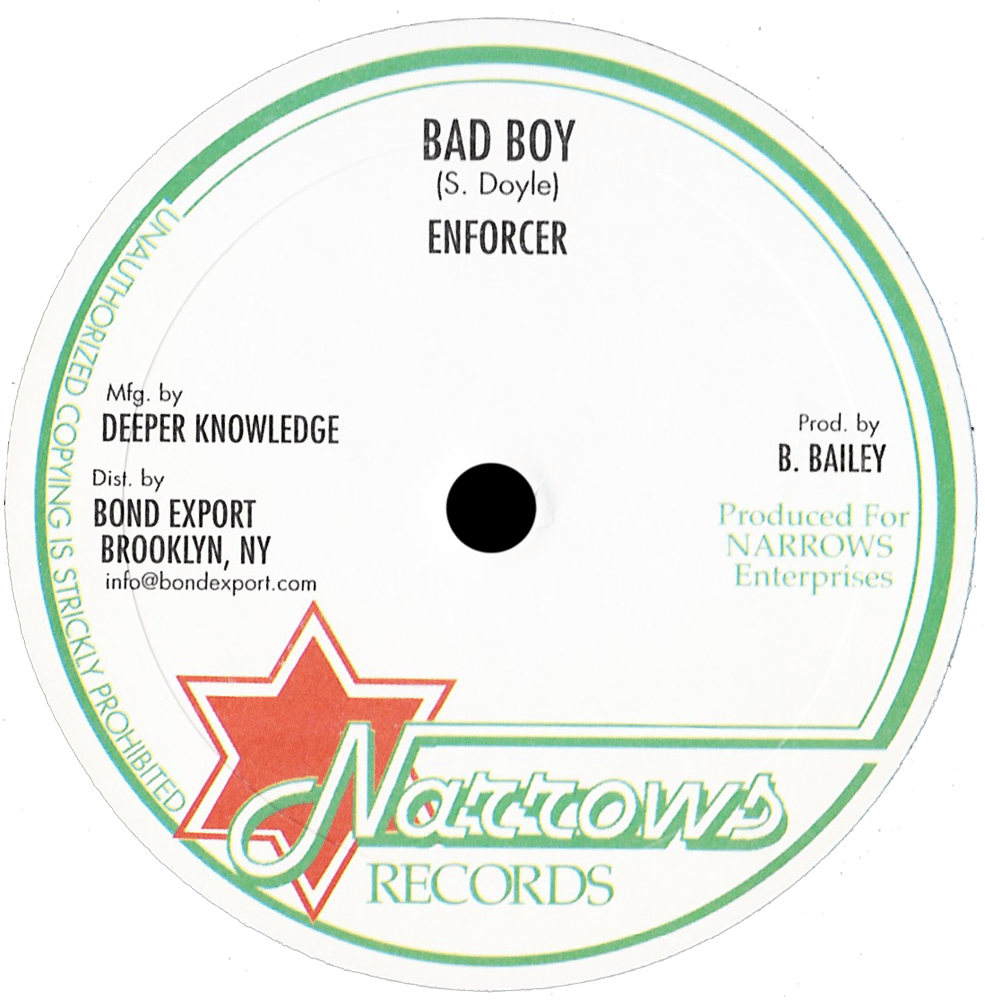 by Enforcer and Little Roy

The man called Enforcer is to us, one of the greatest under-recorded voices in reggae. His two his smoky-voiced militant roots anthems cut for Channel One, "Pay Them" and "Ride on Marcus", are indelible classics and two of our all-time favorite tunes. Next to these, we love the wicked "Bad Boy", produced & released by Narrows Records owner Barry Bailey in the early '80s. Well lucky for us, Barry had similar feelings about Enforcer's talents, and "Bad Boy" was actually just one of an LP's worth of tunes he produced by the man! But unfortunately, only one other tune from these sessions (the love song "Her Eyes") had ever been released. This Narrows 10-inch release features "Bad Boy", along with the two different dubs of the rhythm (one with horns!) as released on the original Narrows US and Regal UK singles respectively. And add to those, an awesome unreleased vocal cut on the 'Bad Boy' rhythm by Little Roy!