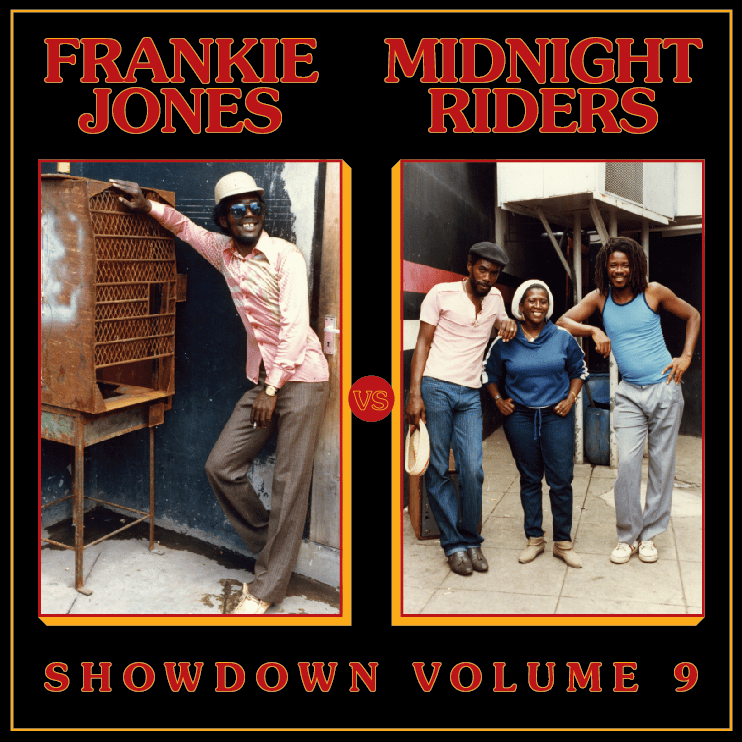 The triumphant return of the famous Channel 1 showdown series, 30 years later! Two of our favorite artists, Frankie Jones and Midnight Riders, finally sharing the spotlight, and the first LP release for the Riders! Featuring 10 songs, 5 from each artist, 9 tracks produced by George "Tasha" Nicholson and one track produced by Channel 1. The Frankie Jones side features four rare cuts produced by Tasha, and the previously unreleased "Gone Farming" (a duet with Michael Palmer!), produced by Channel 1 and known to some astute dubplate fiends. The Midnight Riders side features two previously unreleased tunes, the rare second version of "Youthman Invasion" (different to the one we released on Tasha 7" a few years ago!), the very rare "Living In Hell", and the classic "Illegal Gun." The sleeve is adorned with fantastic photographs of the artists and Channel 1 studio by Beth Lesser and Syphilia Morgenstierne. A long time in the making, we're very proud of this release, not to be missed by fans of early-mid '80s reggae!