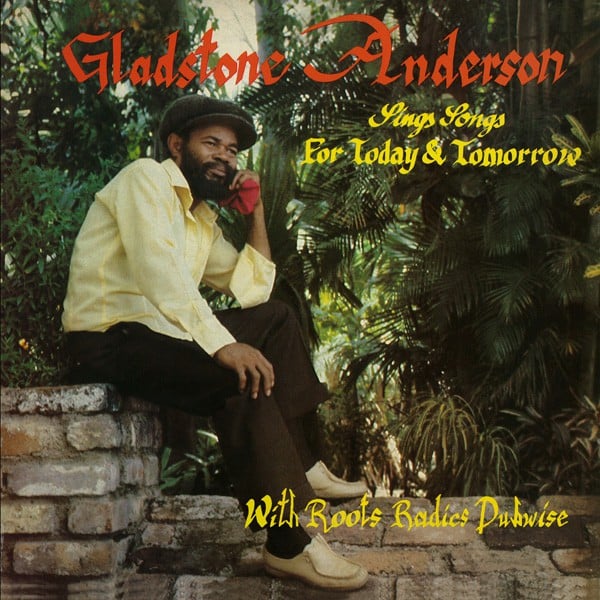 Gladstone "Gladdy" Anderson is a true legend in Jamaican music, a prominent figure in all three key decades of its history, from the 1960s thru the 1980s. Gladdy was versatile, being a piano/keyboard player, singer and arranger. In the 60s and 70s, he cut classic albums as a solo artist and band leader for Federal (with Lynn Taitt and the Jets) and Harry Mudie, and was a session musician on countless sides for others. For a time, he also comprised half of a vocal duo along with Stranger Cole. This duo have the distinction of being the first artists released on the Channel 1 label, with "Don't Give Up the Fight" being released in 1973. Moving into the '80s, Gladdy joined the Roots Radics Band as piano player and arranger, and from Channel 1 studios, played on countless tracks with the Radics, the dominant band of the decade. During that time he also self-produced much material. Most of this material has been sorely overlooked, being released across a variety of short-lived labels or thru his long standing partnership with the Overheat label in Japan, who's releases are difficult to get elsewhere. One such set of tunes is being reissued here, the fantastic "Sings Songs For Today and Tomorrow" LP, along with it's almost-companion dub set "Radical Dub Session." Originally released in the early 80's on the Jahmani and Solid Groove labels respectively, these didn't make much of a mark during their time. They are however, some of the toughest Radics material we've ever heard, and the finest of Gladdy's vocal work in the 80s, one of our most favorite of eras. The vocal album stands alongside others like Steve Knight's "Orphan Child" album as one of the greatest unheralded albums of its decade, originally lost among the flood of 80s album releases. In beginning this project, we learned that our friends at Only Roots in France shared a similar passion for these albums, and we recognized the perfect opportunity for our first collaboration. As two labels with the same goals, cooperation not competition is the way ahead in keeping this music alive, so here it is! We hope you enjoy this fantastic set of albums as much as we do.