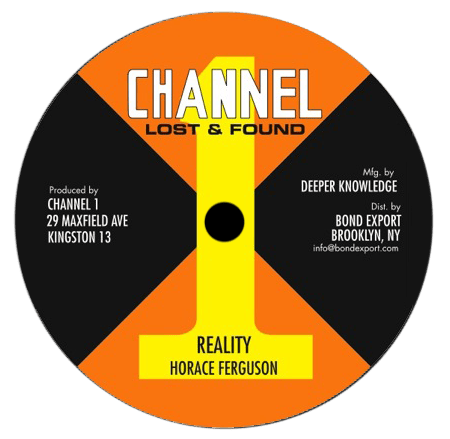 The Channel 1 Lost & Found series of previously unreleased music continues with more killer ten inches. Two heavy shots from Horace Ferguson. Before hitting with "Sensi Addict" for Prince Jazzbo, Horace Ferguson voiced some tunes for Channel 1, like "Fever" and "Walk Out On Me", both of which were issued on 12"s on CH1's JEDI imprint. However, there was more on tape, and how these two bombs didn't end up on release, we don't know, but here they are now. Strictly early 1980's reality style, again in a heavy style that bears the hallmarks of the Roots Radics/Scientist combination. Both tunes with dubs.