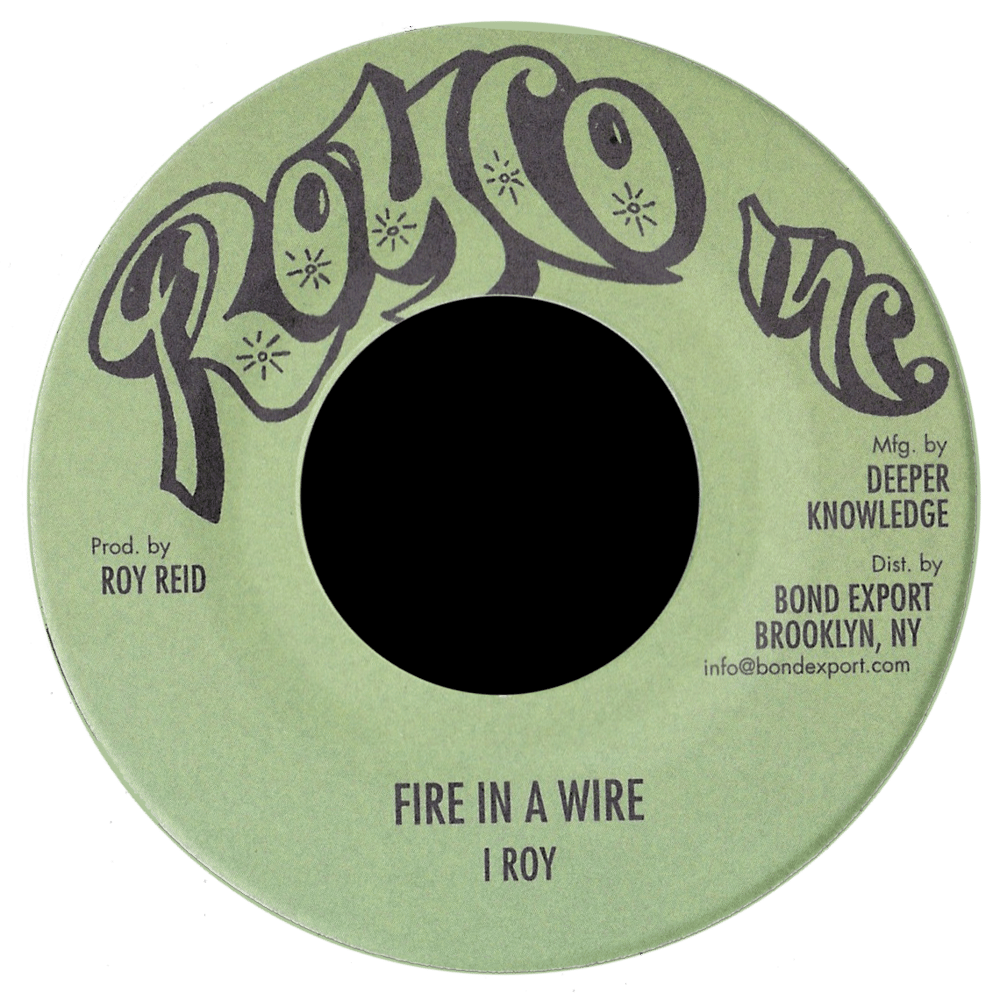 Throughout the 1970's, I-Roy recorded for tons of producers, and eventually began bartering with many of them for cuts of rhythms to voice himself on, as his own productions. Through his popularity in the UK, I-Roy got a deal with Virgin Records to release many of these new self-productions. Tucked away on these albums is this pair of wicked tunes, prime for release on single. 'Fire in a Wire', originally released on I-Roy's 'The General' vocal & dub double-album, and as a 12-inch single. Here we have the album cuts, vocal and its dub, entitled 'Warlord of Zenda' (presumably named after the novel/film 'The Prisoner of Zenda'). These tunes are re-presented on the Royco Inc. label, I-Roy's own original label used in the early 1970's.

Click here for a sample of "Fire in a Wire"

Click here for a sample of "Fire in a Wire DUB"