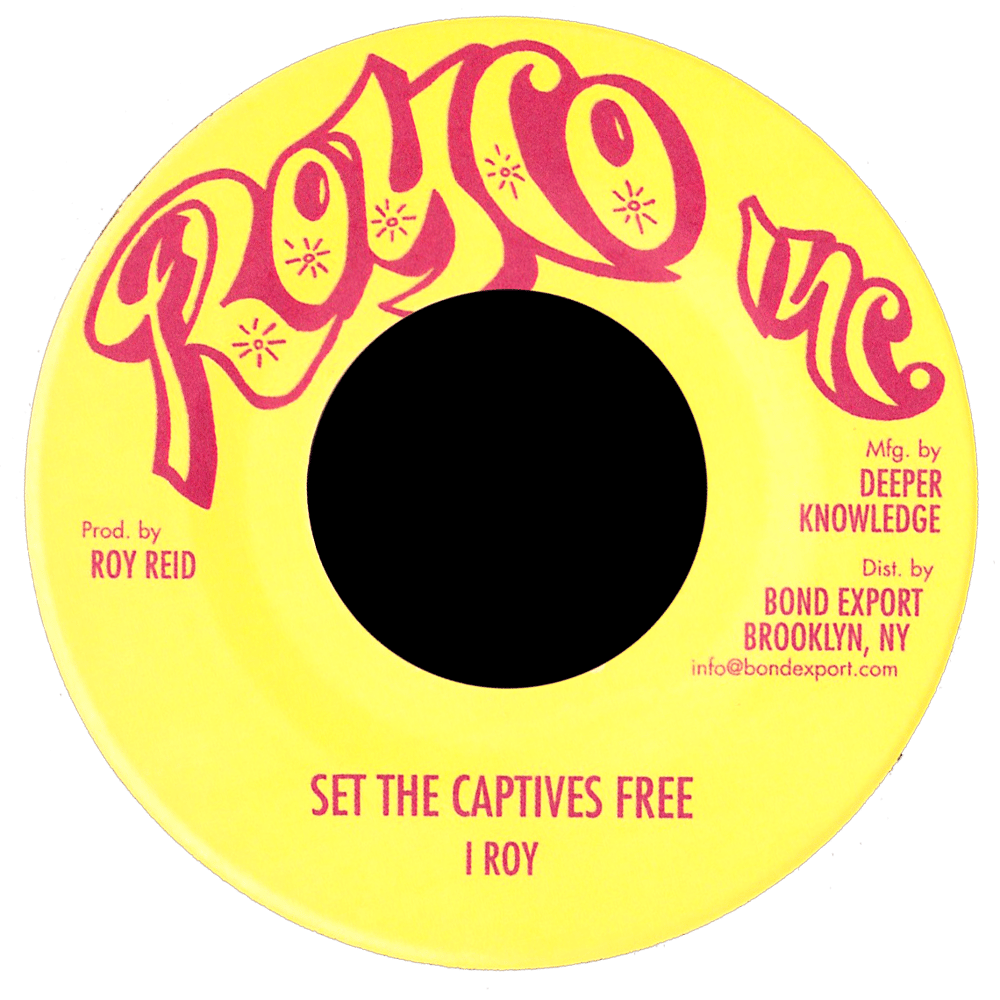 by Freddie McKay and I Roy

Throughout the 1970's, I-Roy recorded for tons of producers, and eventually began bartering with many of them for cuts of rhythms to voice himself on, as his own productions. Through his popularity in the UK, I-Roy got a deal with Virgin Records to release many of these new self-productions. Tucked away on these albums is this pair of wicked tunes, prime for release on single, and here it is. 'Set the Captives Free' was originally released on the 'World on Fire' LP, a very tough rhythm. The voice of Freddie McKay is heard singing behind I-Roy, and despite our best efforts, we were still unable to find out more about this mystery vocal! On the flip of this single is the killer horns dub to this rhythm, called 'Bubbling Jug', which was released on I-Roy's 'Cancer' dub LP. Apparently this dub and the Freddie McKay vocal were run on dubplate by Jah Shaka back in the day.