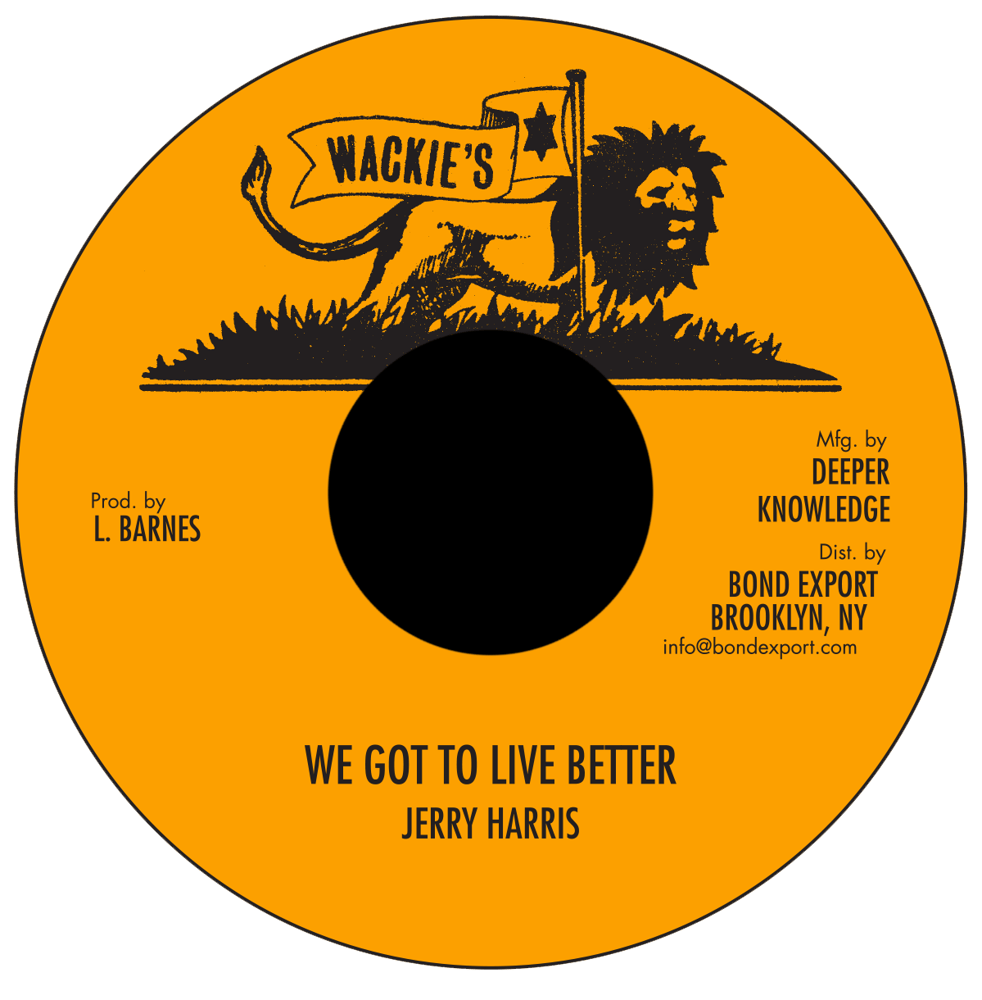 by Harold Butler and Jerry Harris

The Jerry Harris tune was on the original press of the "I'm For You..." LP which we recently reissued (click here), but since we unfortunately didn't have a dub for the showcase style LP reissue, we held it back for single release, backed with this awesome Harold Butler instrumental cut which originally appeared in 1983 on the rare first volume of the Wackie's compilation series "Jah Children Invasion." So, first time on 45 for both cuts, now optimized for sound system usage.