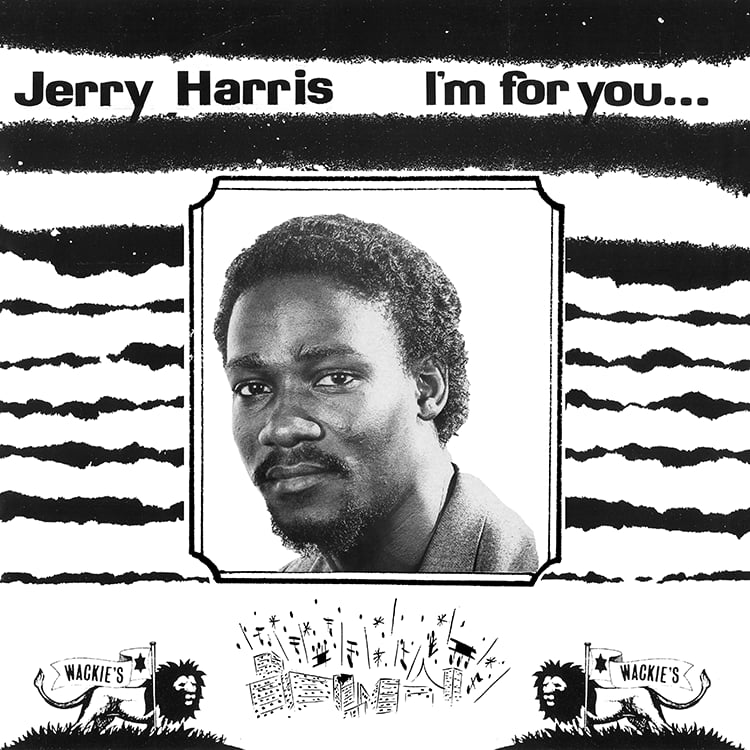 Jerry Harris - I'm For You, I'm For Me Showcase LP / CD (Wackie's)
DKR-180
10 song LP featuring 4 of the vocal tracks from the original LP, 1 previously unreleased vocal, and 5 previously unreleased companion dub versions.
CD version in 6 panel foldout digipak with 13 tracks, features both sides of DKR-181 and Jerry's side of DKR-194 as bonus tracks.

LP WILL BE BACK IN STOCK SOON!

Simply put, THE most underrated Wackie's album, and the best one you might not have heard. Originally released in 1982, "I'm For You, I'm For Me" was the debut album from Wackie's studio stalwart musician and singer Jerry Harris (oddly nicknamed "Jerry Hitler" back then). The original LP carried a deceptive cover, featuring only the headshot of a jheri curled Jerry, which suggested a slick soul or disco album, and belied the mostly hard roots reggae tracks contained therein. We had always intended to re-release this album, as five of the ten tracks were in our favored tough and murky Wackie's roots style. But before we got around to it, and in doing the diligence we do, we dug deep and came across the previously unreleased dub versions for the album, plus one more killer vocal cut that didn't make the original LP. So the choice seemed clear, to modify this great album into an all killer no filler roots reggae showcase LP in the classic style, so here it is. You might notice we switched up the cover art as well, reconfiguring the original design elements from the great former Wackie's graphic designer Leslie A. Moore. One final note for the very astute among us, have no fear, "We Got To Live Better" from the original album will be re-appearing on a single soon, as will Jerry's classic "Too Much Religion" 45...Wackie's diehards rejoice!