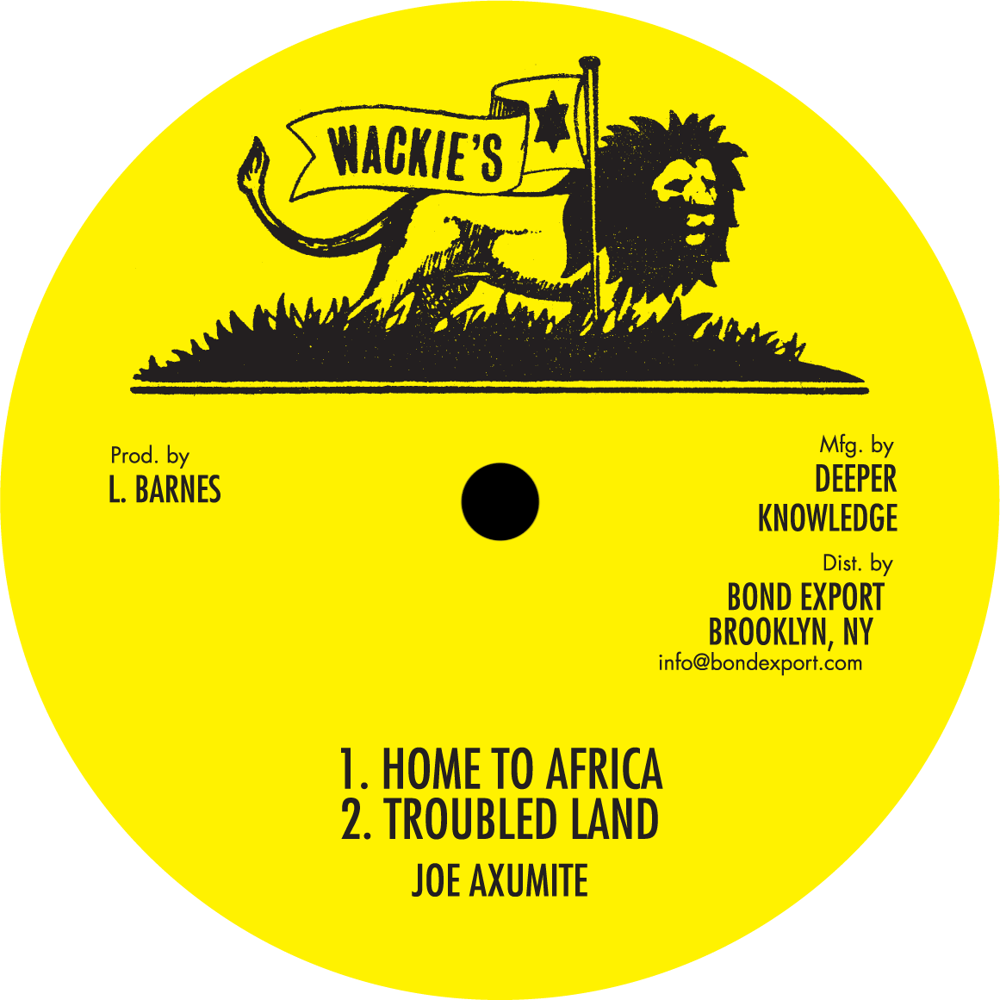 Three awesome Wackie's roots cuts from Joe Axumite, all previously available on compilation LP's, now together on one killer 10" EP.
"Troubled Land" and "Simple Little Woman" were originally released on the "Black World" LP, while "Home to Africa" was originally on "Wackie's Selective Showcase Vol. 1" LP. Joe Axumite supposedly recorded an LP worth of material around this time, but an album never materialized due to some of the tapes being lost. What a shame!