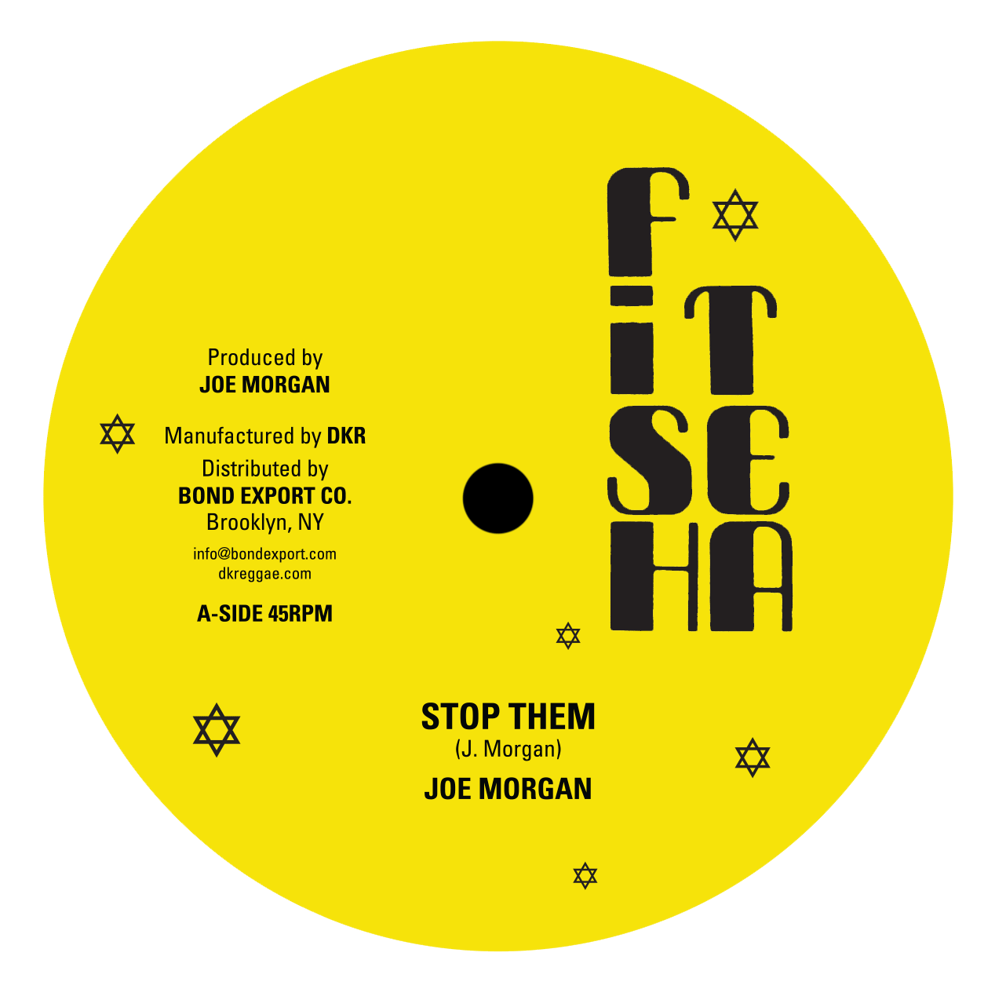 Joe Morgan's "Stop Them" is killer late '70s militant roots, self-produced and originally released on his own JoMor Music House label (under the name Billy Joe Morgan) in NYC. Awesome vocal, majestic horns, heavy rhythm, a shining example of the brilliance of late '70s roots reggae and how perfectly suited the style was for the extended mix 12" single "discomix" format. We've added something special for this reissue (now on Joe's main imprint Fish Tea). Not only do we have the original 12" replicated in full, but also an awesome and previously unreleased late '80s digital recut of the tune entitled "Warrior." Unfortunately a dub version for this cut was never mixed, but we are grateful to have uncovered another gem from Mr. Morgan, one of the crucially under recorded and underrated artists of his time.