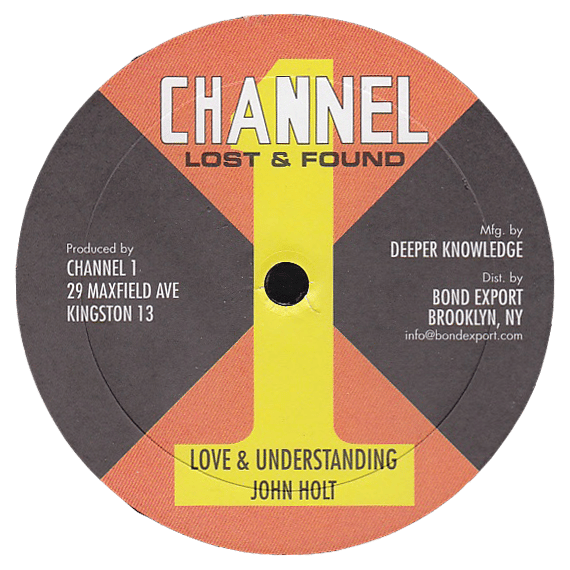 by John Holt and Revolutionaries

Another barrage of shots from the Channel 1 archives, including another entry into our 'Lost & Found' series. In the 'Lost & Found' series, a massive tune with John Holt in a rootsman style on Channel's monstrous lick of the 'mr. bassie' rhythm. This one exemplifies the sound of Channel 1 studio, featuring the hardest musicians ever, dubwise or otherwise. Never before released, as played on dubplate in the 1970's. Straight from the dub room at 29 Maxfield Avenue to your living room, crystal clear master tape issue. The dub side by the Revolutionaries was released on the classic 'Reaction in Dub' LP.