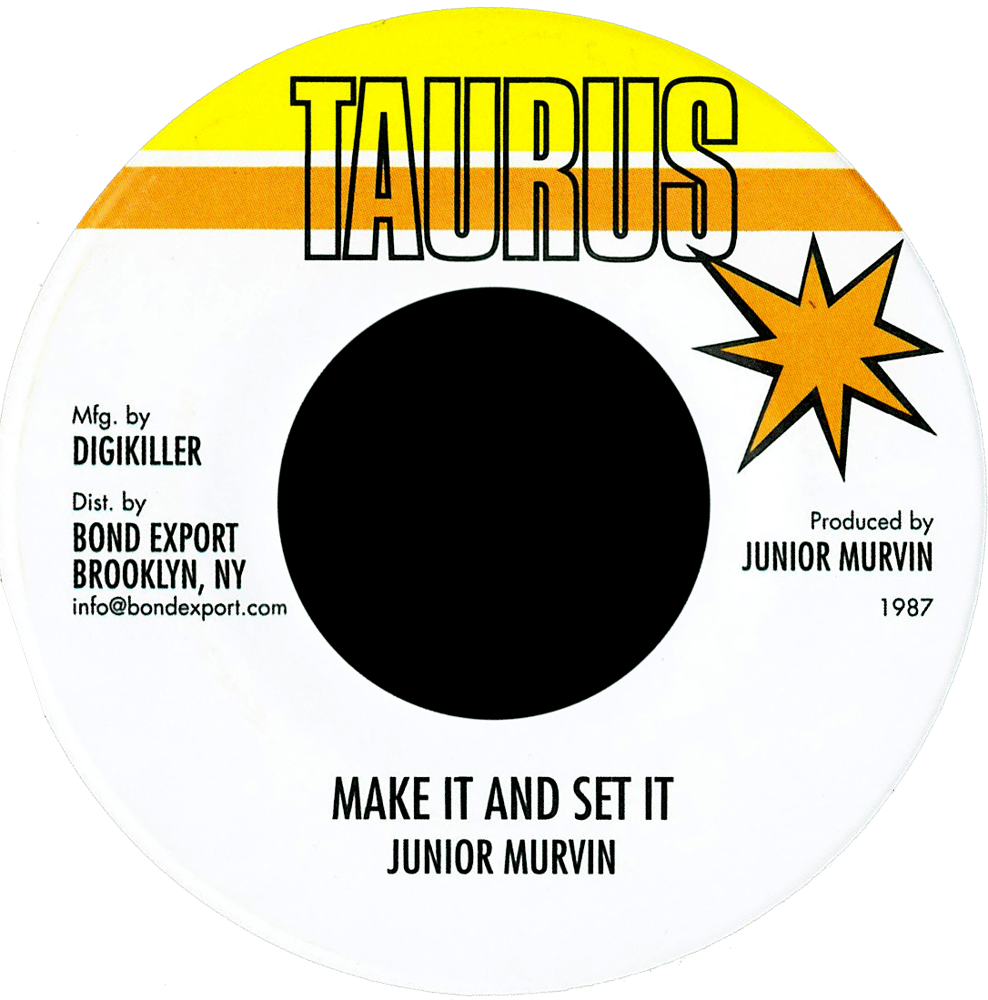 Self-produced by Junior Murvin at King Tubby's in 1987, and released via Tubby's then-active Taurus imprint. Fans of digital reggae are well aware of the brilliant and unique digital riddims being cut at Tubby's in the late '80s by the likes of Asher, Peego, Fatman, Benbow, and others. But besides the immortal 'Tempo' riddim and its variations, there are monsters like 'Babylon', 'Inna De Ghetto', 'Grammy', and many more. And then there is this one, perhaps more singular and deadly than almost all of them, yet only lesser-known by virtue of its rarity. Junior Murvin's beautiful falsetto floats on top of a monstrous and mind-boggling one-away riddim that could only have come from Dromilly Avenue.