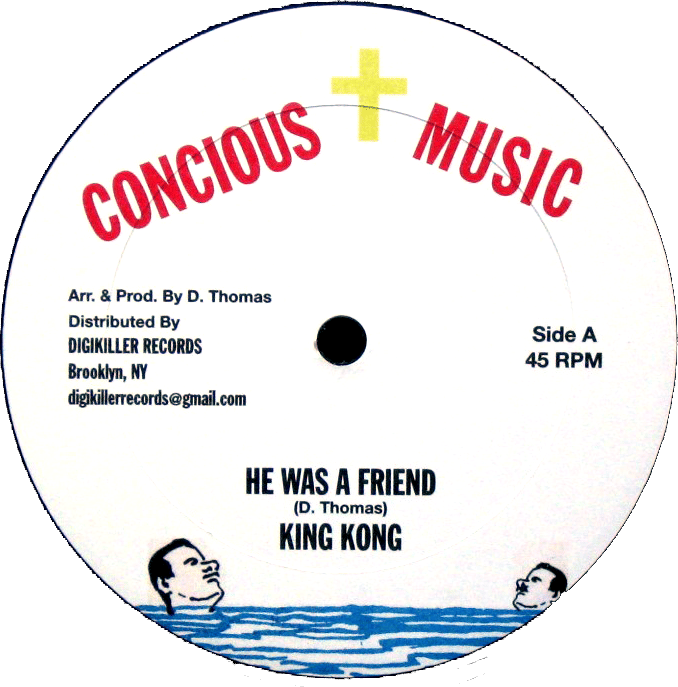 One of the baddest double-sided late 80s digital twelve-inches from one of our favorite singers, now back on road! King Kong self-produced and released this disco in the UK, with "He Was a Friend" also coming out on seven-inch in JA on the Jah All Mighty label. "He Was a Friend" is an awesome far-east tinged riddim, the lyrics a memorial tribute to the late great Tenor Saw, a spar and friend of King Kong. "Try Not I" is a pure sound killing tune, over a spare but heavy and menacing riddim.