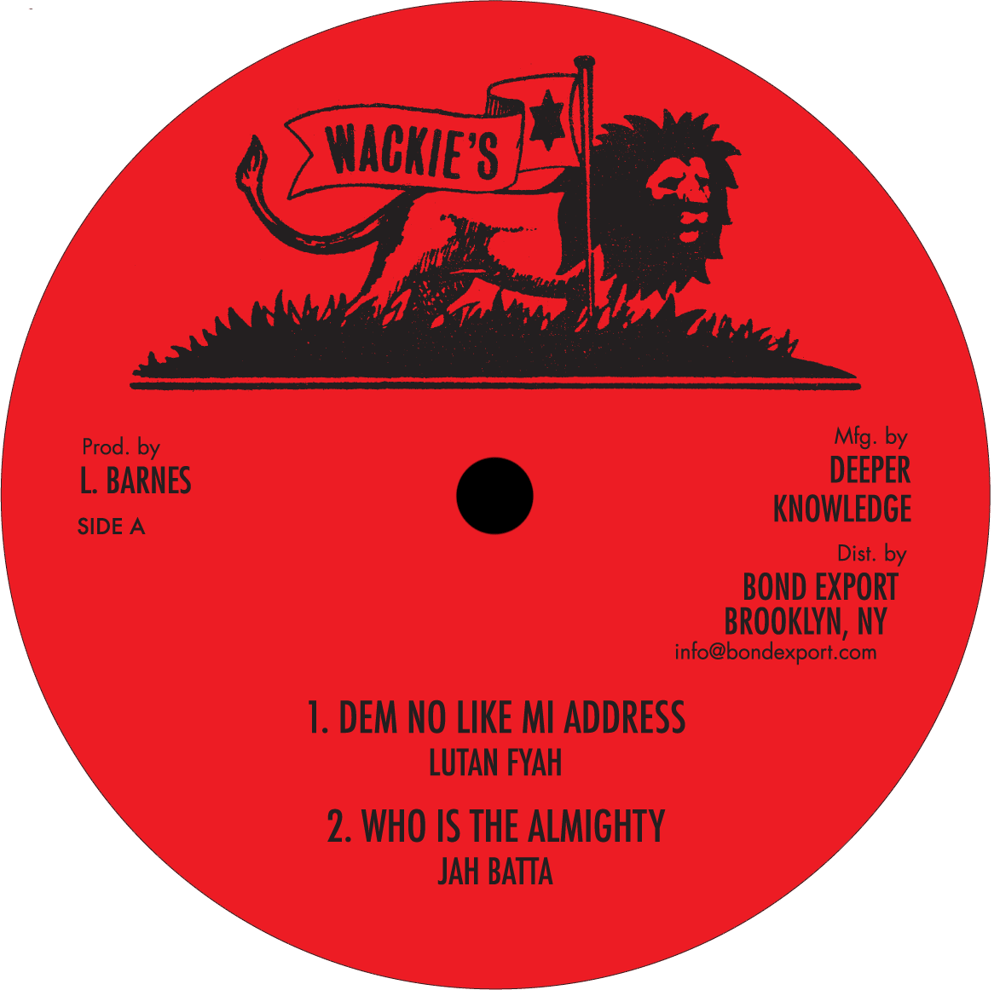 A milestone release, the first contemporary productions to be released by DKR! Bullwackie is still keeping the faith, recording and producing artists from his Bronx homebase studio. When we heard these awesome new roots productions in 2013, they blew us away. Calling to mind the best modern roots produced by Exterminator in the 1990's, we had to give these cuts a release. Recorded, voiced and mixed at Bullwackie's studio on White Plains Road. The A-side is a vocal cut by Lutan Fyah, followed by a deejay cut by Wackie's stable stalwart Jah Batta. The b-side is two different style dubs (one with horns!) from Bullwackie, still a virtuoso behind the mixing board.