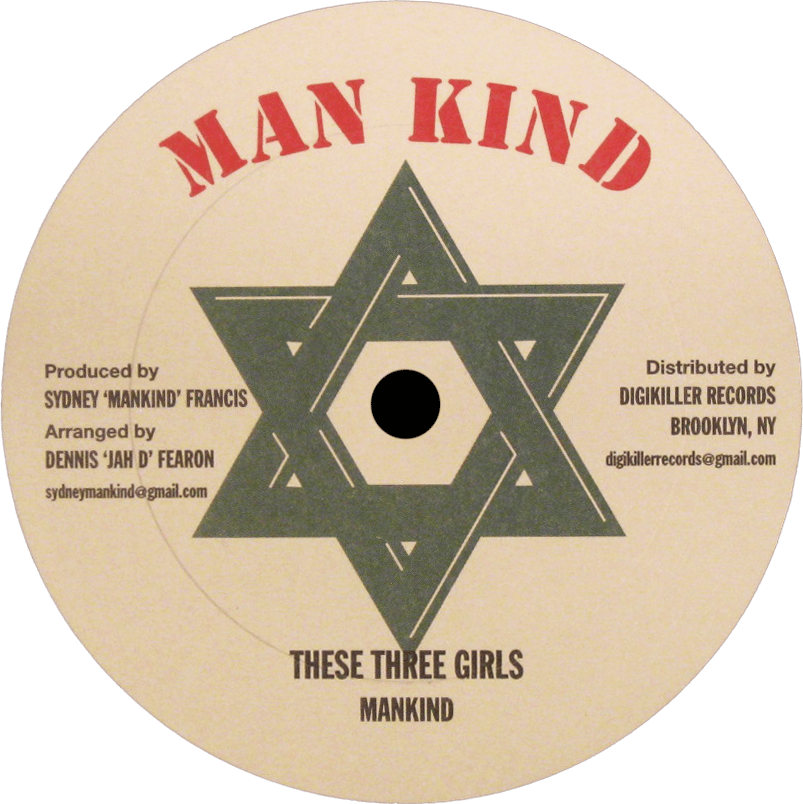 Double-sided late '80s digital monster, from longtime collaborators Sydney 'Mankind' Francis and Dennis 'Jah D' Fearon! Jah D is one of the unsung heroes of reggae music - uncredited session player and arranger on countless classic sides, including many from Studio One, much of Joe Gibbs' classic roots material, Junior Dan's tunes, as well as piano tuner extraordinaire at just about every legendary studio in Jamaica. Jah D continues to arrange and produce music regularly at his Grant's Pen studio, along with his son, on their own Builder's Music label. Sydney 'Mankind' Francis began as the singer in Jah D's former band Food Clothes & Shelter, while voicing tunes for early '80s labels such as Music Ambassador. By the time of the full-on digital explosion of the late '80s, Mankind was honing his skills as a solo artist, voicing tunes for big labels of the day, such as the wicked 'Hot Number' for Stereo One. It was around this same time that Mankind and Jah D entered Aquarius studio, to work on making some tunes intended for Mankind's debut album, and to be voiced over some wicked new digital riddims freshly built by Jah D on the new digital keyboards and drum-machines which had fast become the standard bearers in dancehall production. Two tunes from this session were given to an upstart UK producer for issue on his new label, and there you have 'These Three Girls' and 'Country Life', originally issued on 12" via the Jah Man label, only in UK. Over twenty-years later, these tunes have been rightfully recognized by astute listeners as classics of their era - the riddims sharp and crisp, the vocals a sweet match, the dubs...heavy! Digikiller humbly re-presents this great music of our friends, these two tunes are one in the world!