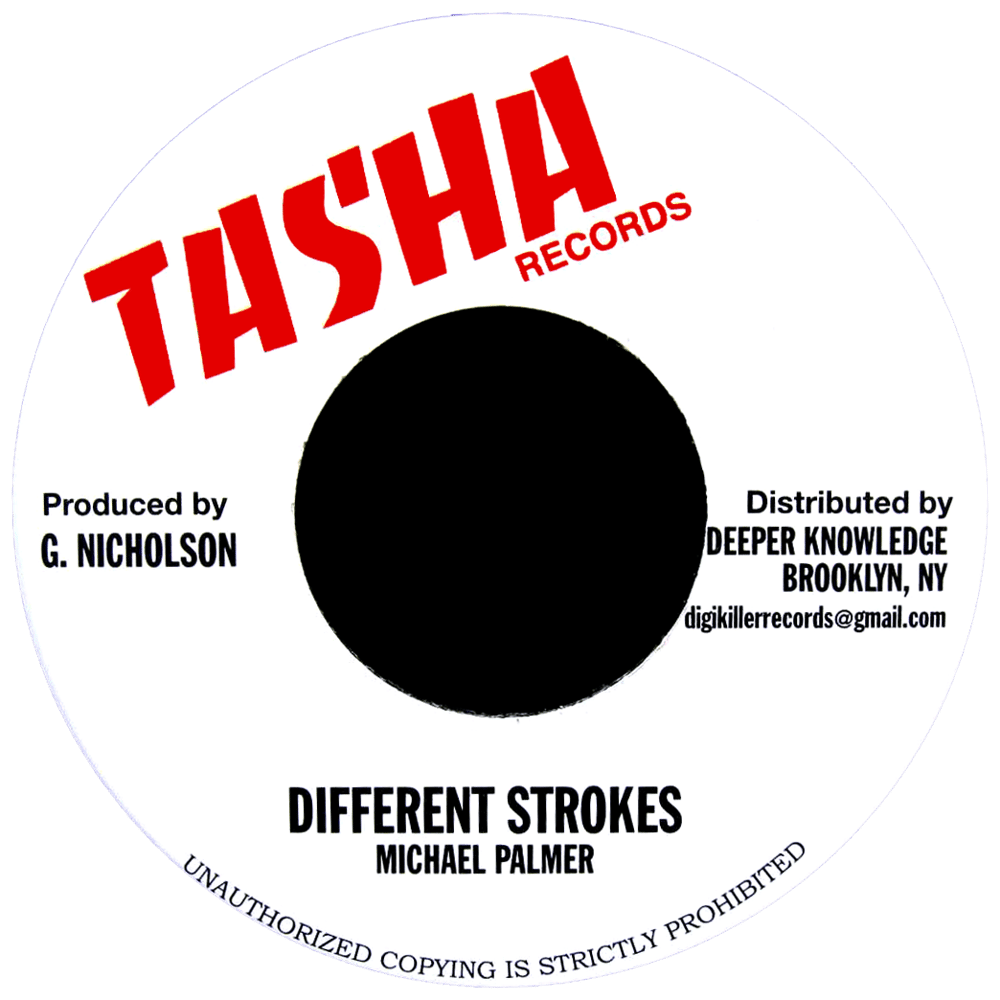 We begin with three cuts on one of Tasha's best original riddims, played by the Gifted Roots Band, all cuts from 1984. Michael Palmer's "Different Strokes" originally appeared on Tasha 7" in JA, as well on an obscure compilation LP in NYC.