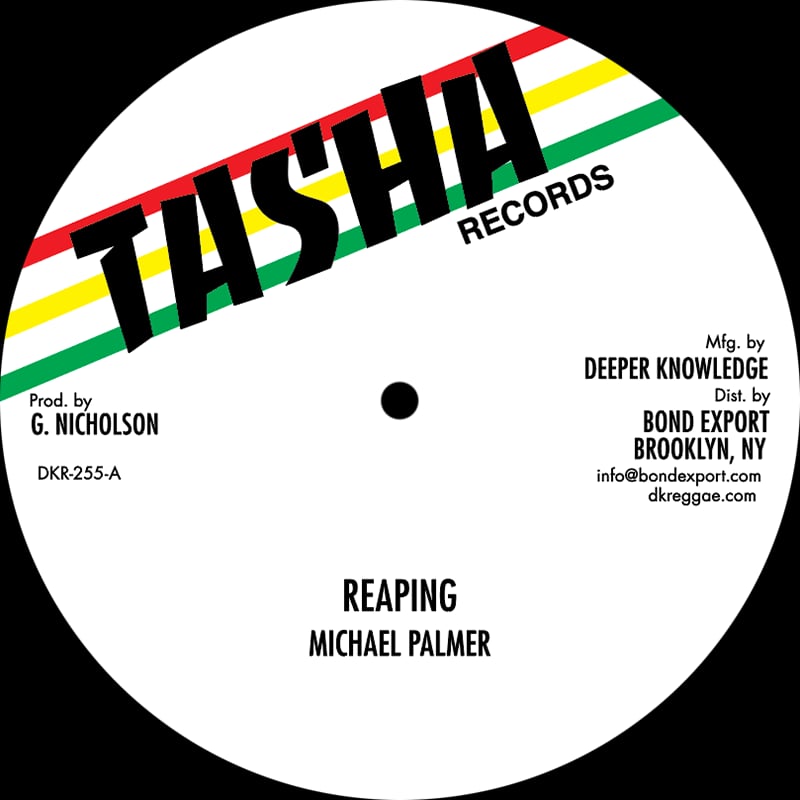 by Frankie Jones and Michael Palmer

Our long running TASHA program continues with more mid '80s heaviness out of 29 Maxfield Ave. Two deadly cuts on the same rhythm once again presented back to back. "Reaping" originally appeared as the B-side to the Canadian 12" of "Dem a Lick Shot", making that record one of the absolute best reggae 12"s of all time. We've paired it here with Frankie Jones cut on the same rhythm, previously unreleased until now. Still more to come from Tasha, one of the best labels of their era.