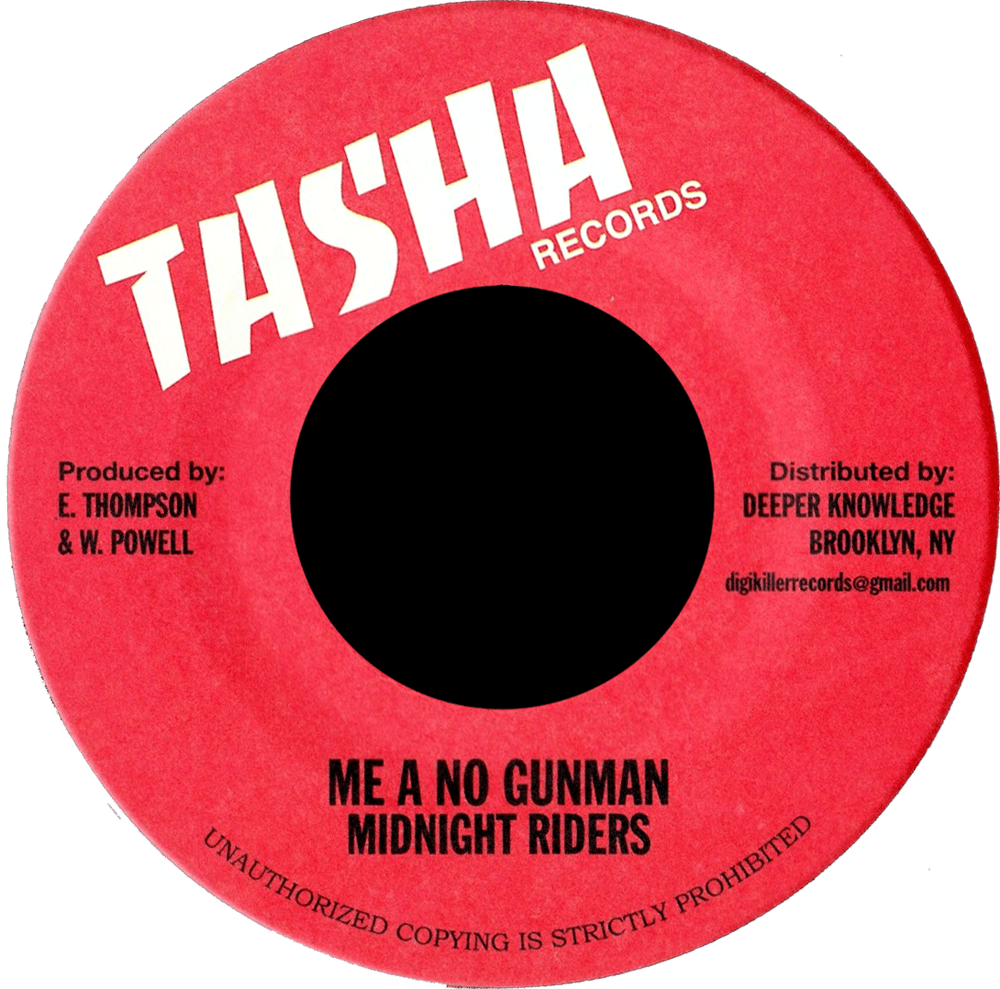 Midnight Riders "Me a No Gunman" was one of two tunes Riders cut for Errol "ET" Thompson in the early 80's. One was never released and is seemingly lost to the sands of time, but the other, this one, was only ever released on a 12" in Canada. It's being re-presented here on the Tasha label alongside much of the Riders other material from the same era, a heavy heavy tune with wailing sirens.