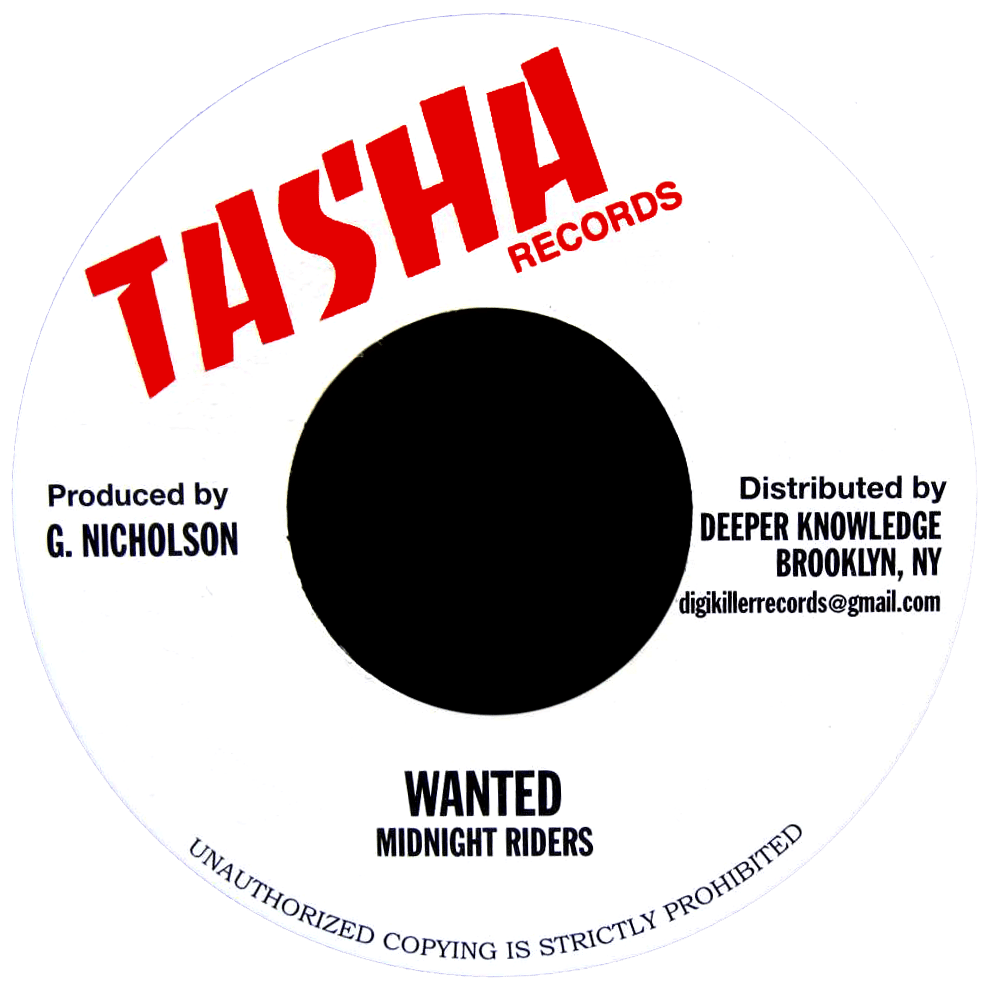 We begin with three cuts on one of Tasha's best original riddims, played by the Gifted Roots Band, all cuts from 1984. Midnight Riders' massive tune "Wanted", is PREVIOUSLY UNRELEASED, out now for the first time. All three tunes are backed with a killer dub version. "Wanted, for singing dangerous reggae music!"