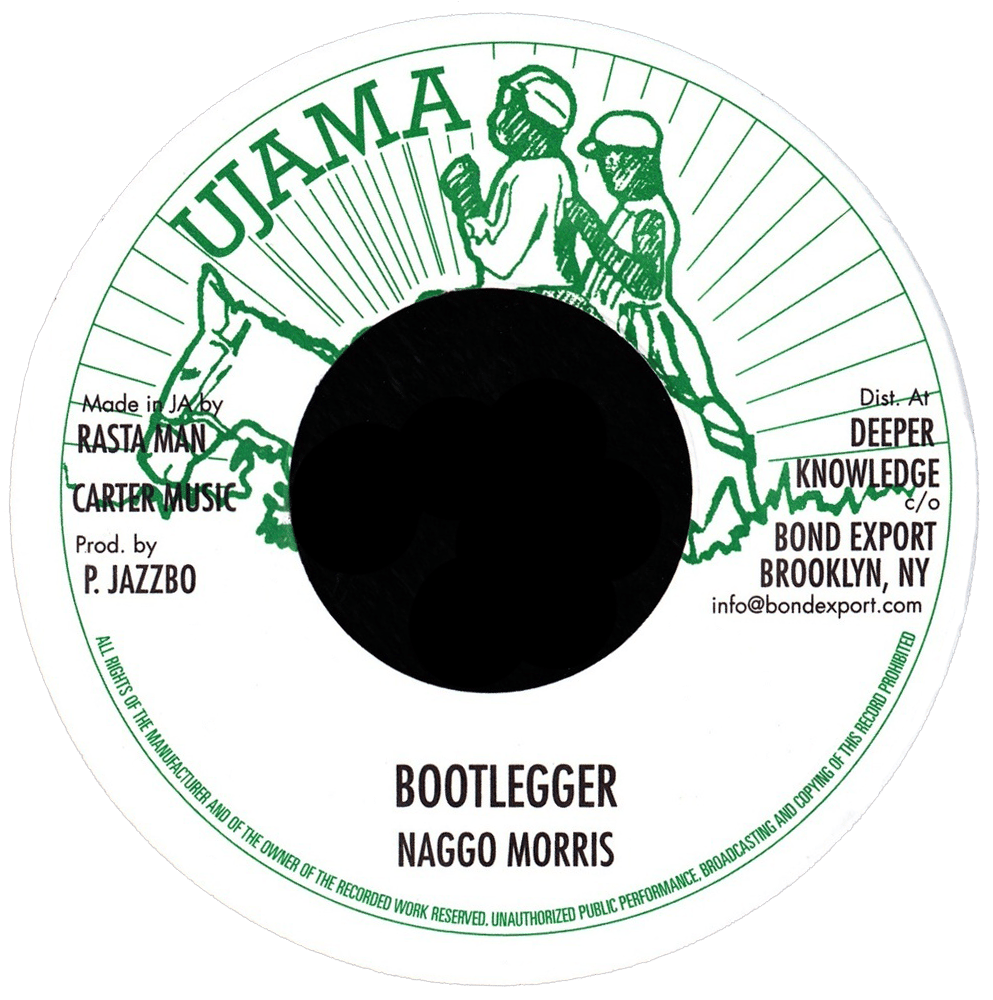 A friend of ours came across a fantastic (and fantastically rare!) blank pre-release single from Jamaica. The single was an awesome and previously unknown (to almost all, it seems!) vocal on the same riddim as the Invaders' "Conquering Lion", and the voice was unmistakable, one of our favorite artists...Naggo Morris! Immediately after hearing this tune, we were eager to find out more, and like many mysteries of Jamaican music, the matrix number on the blank label 45 helped tell the tale. The matrix bore the name of another friend of ours, none other than legendary deejay and producer Prince Jazzbo! Naturally, we immediately checked Jazzbo about it, and the mystery was revealed! Jazzbo confirmed that he indeed produced the Naggo Morris tune, at the same time as the more well known "Clean Hands" 45 which appeared on his Brisco label. But this tune, called "Bootlegger", was only ever pressed in a miniscule quantity as a blank label pre-release, managing to elude most collectors of JA music for nearly 40 years!