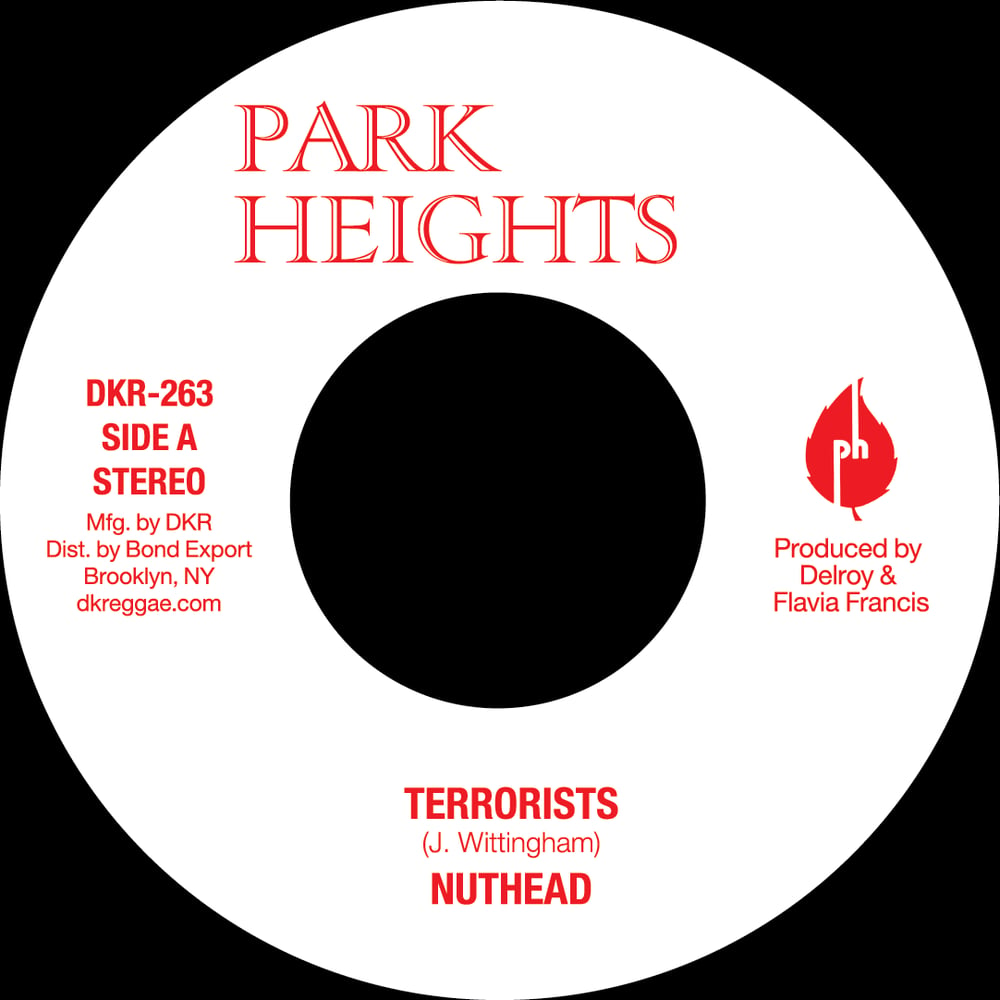 One of a pair of absolute killer late '80s singjay reality tunes, originally released back to back on one notoriously rare 12 inch. Despite being from '87 these tunes have a wicked mid 80s style "live digital" sound with a band on the rhythm. These tunes were produced in Jamaica by Delroy Francis for his Claypot imprint. Delroy is better known as the producer behind the Park Heights label and record shop, one of Brooklyn's foundational players in the record biz. This batch of releases kicks off a long planned program of Park Heights productions, featuring as always rarities and previously unreleased tunes. These Nuthead tracks are recut from the mixdown master tape, the original '87 mixes for maximum pressure; a previous reissue of these tunes from a decade ago featured new mixes done at that time.