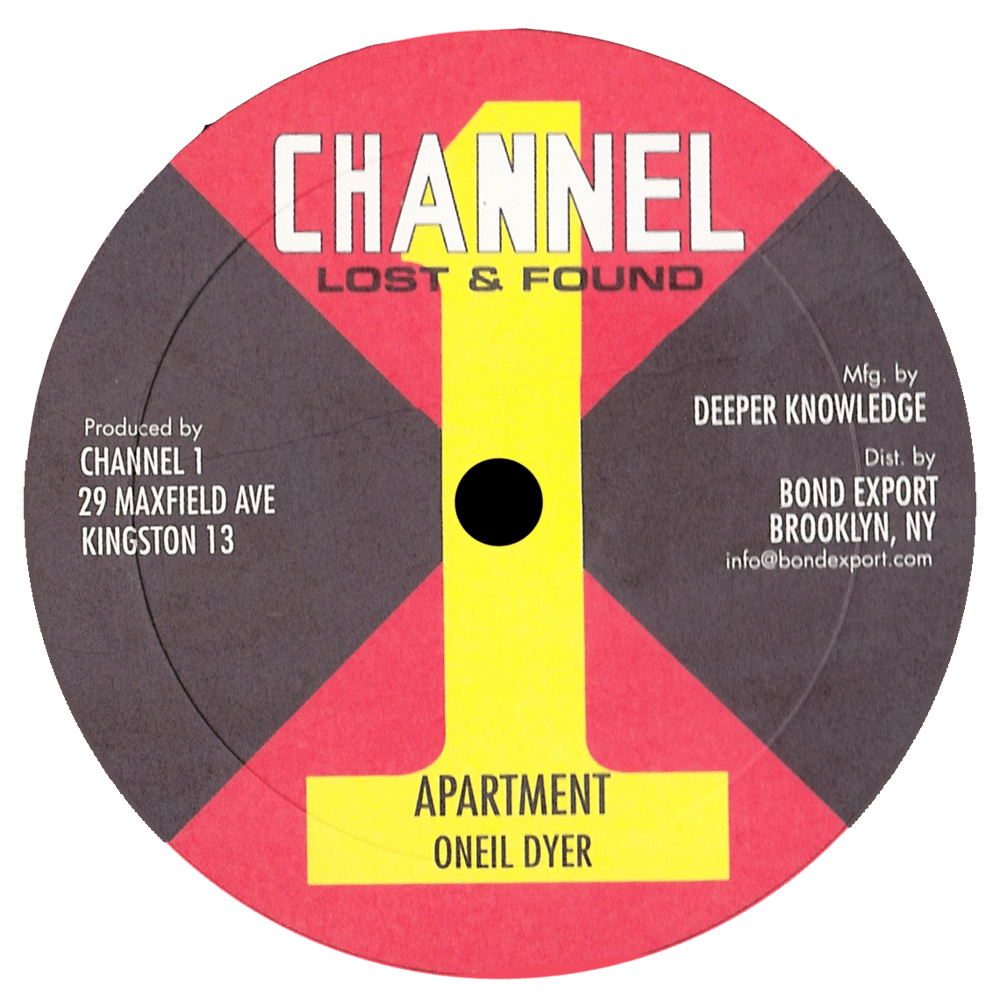 by Oneil Dyer and unknown artist

The Channel 1 Lost & Found series of previously unreleased music continues with more killer ten inches. Oneil Dyer's "Apartment" was only ever issued on a small press blank label Hitbound 10" in New York, unnoticed by all but the most hyper astute collectors. Heavy tune, with a killer dub, serious 1982 Scientist/Radics style. The B-side of this record features an unknown killer roots tune from around the same time, dubplate material which unfortunately on tape carried no markings as to who the singer is. We absolutely love good female-voiced roots and this is no exception, purely wicked tune. If anyone knows who sings this tune, let us know, as no one including some of those folks involved in making the tune could place it! One thing that is clear however is the voice of Sugar Minott on harmony. Unfortunately no dub version was found for this tune.