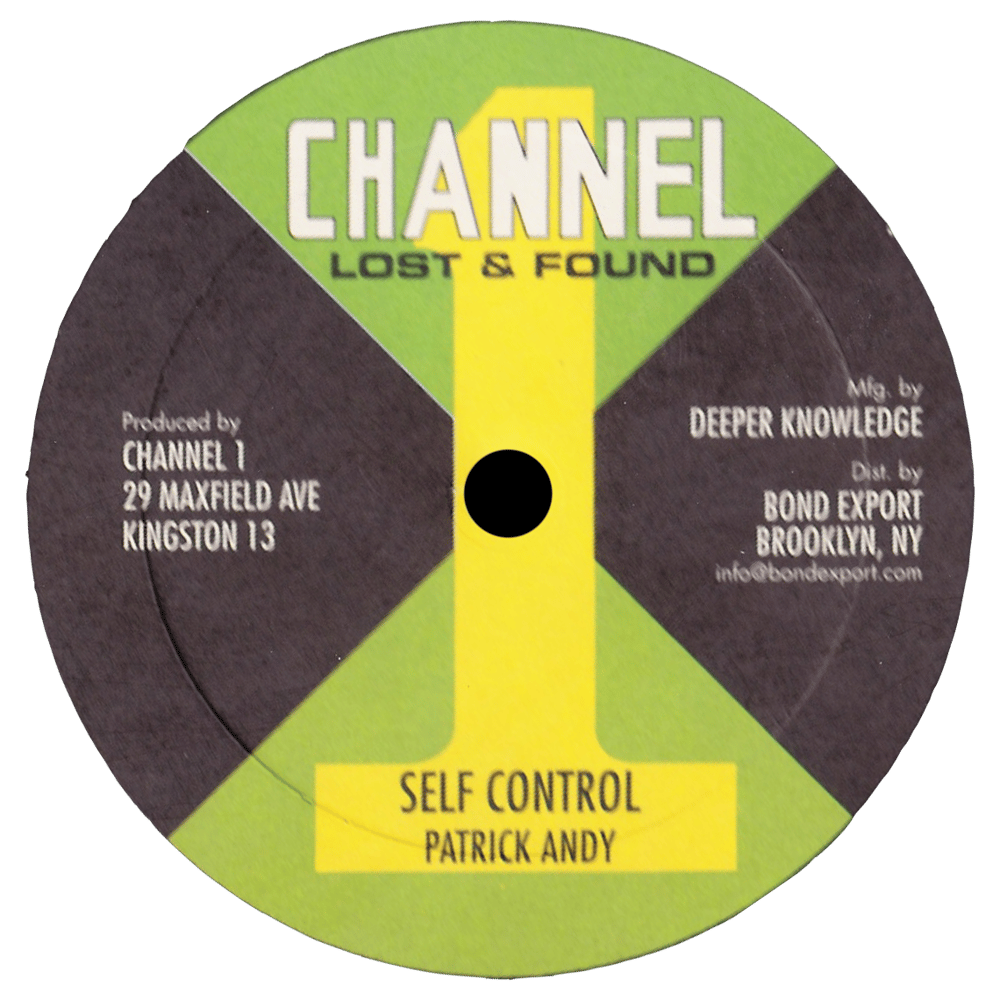 The Channel 1 Lost & Found series returns for it's fourth installment and it's the biggest and baddest one yet. By now you know we love Patrick Andy, and here's two more heaters culled from his body of recording with Channel 1. "Join Me" was actually released, but only a very rare 10-inch in New York, and remains unknown to most, heavy tune, with dub. The flip side "Self Control" is previously unreleased, Patrick riding CH1's cut of 'revolution' aka 'black roses' to great effect, again with dub of course.