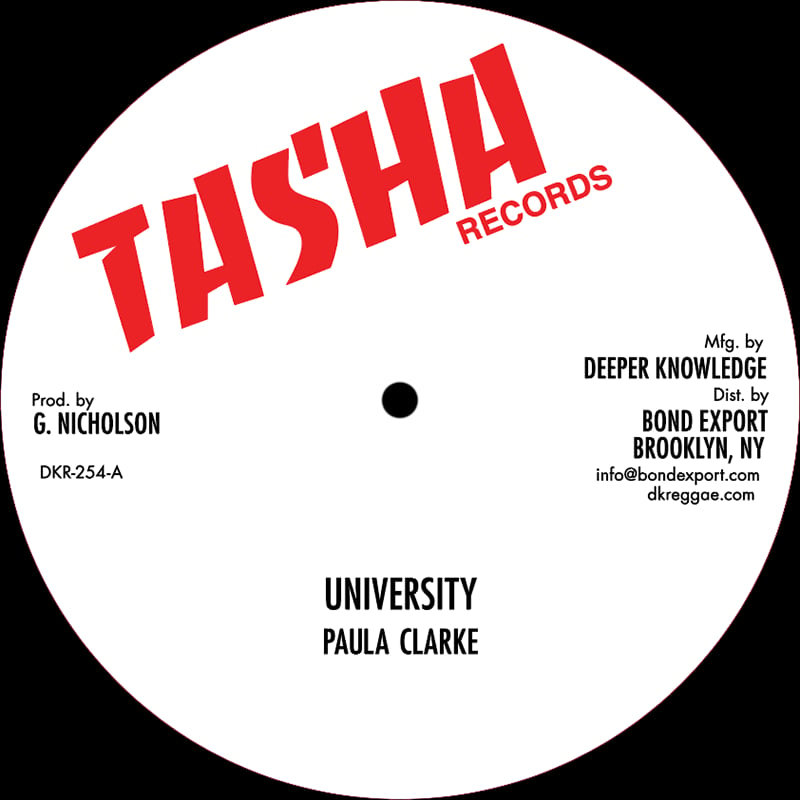 by Frankie Jones and Paula Clarke

Our long running TASHA program continues with more mid '80s heaviness out of 29 Maxfield Ave. Two deadly cuts on the same rhythm, both originally released on separate 12"s back in the day, in the UK and Canada respectively. Now paired together for maximum pressure. Paula Clarke's tune echoes one of our long held beliefs - "I don't have to go to no university, to know what's going on, on jah jah land today..."