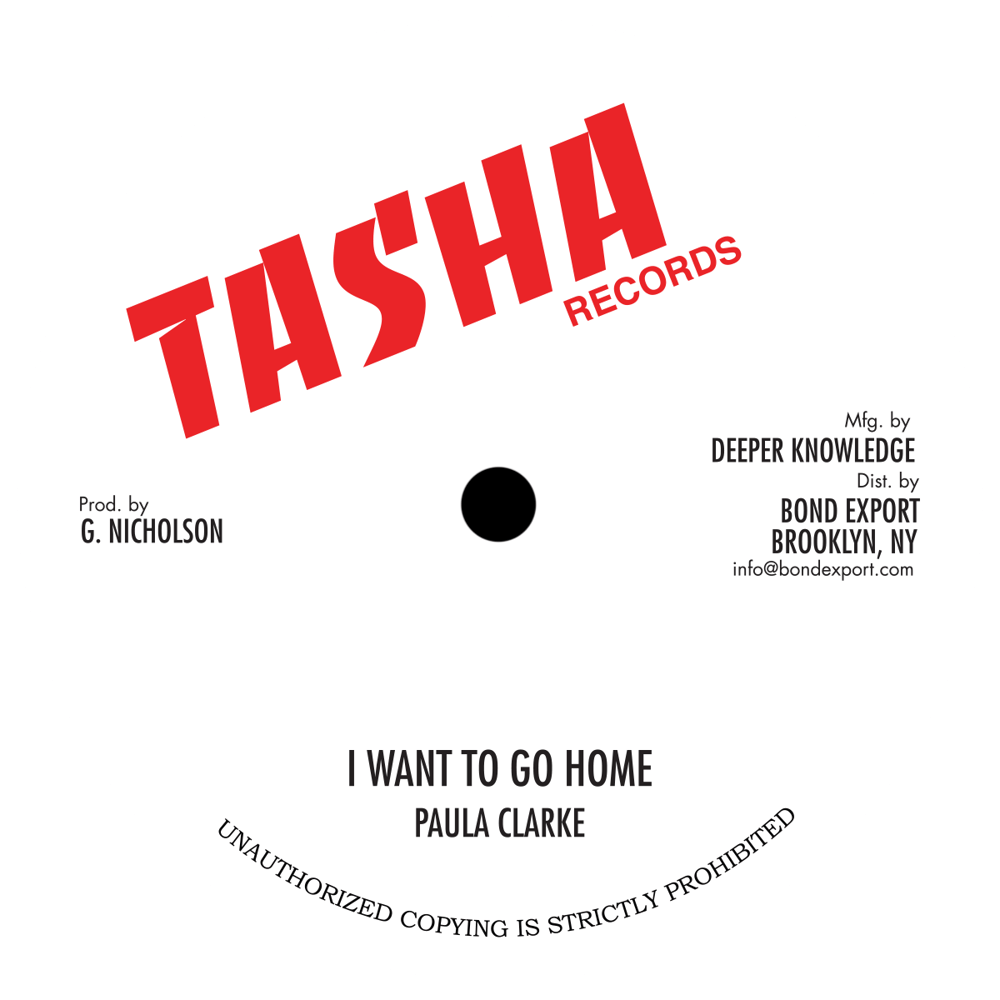 by Paula Clarke and Singie Singie

Paula Clarke / Singie Singie - I Want To Go Home / If I Am Wrong 10" (Tasha)
DKR-218
Both sides discomix.
Download available at Tasha Records

Finally, the Tasha reissue program returns with two ten inches featuring all 5 cuts on this massive rhythm, laid at Channel 1 with the Gladiators band. Paula Clarke's cut was released in this same discomix format on her debut LP, released by the W&B label in Toronto, operated by the S&W record shop. Singie Singie's cut was originally released one side of a 12" licensed to a label in the UK. A must have for fans of the super heavy mid '80s Channel 1 sound.