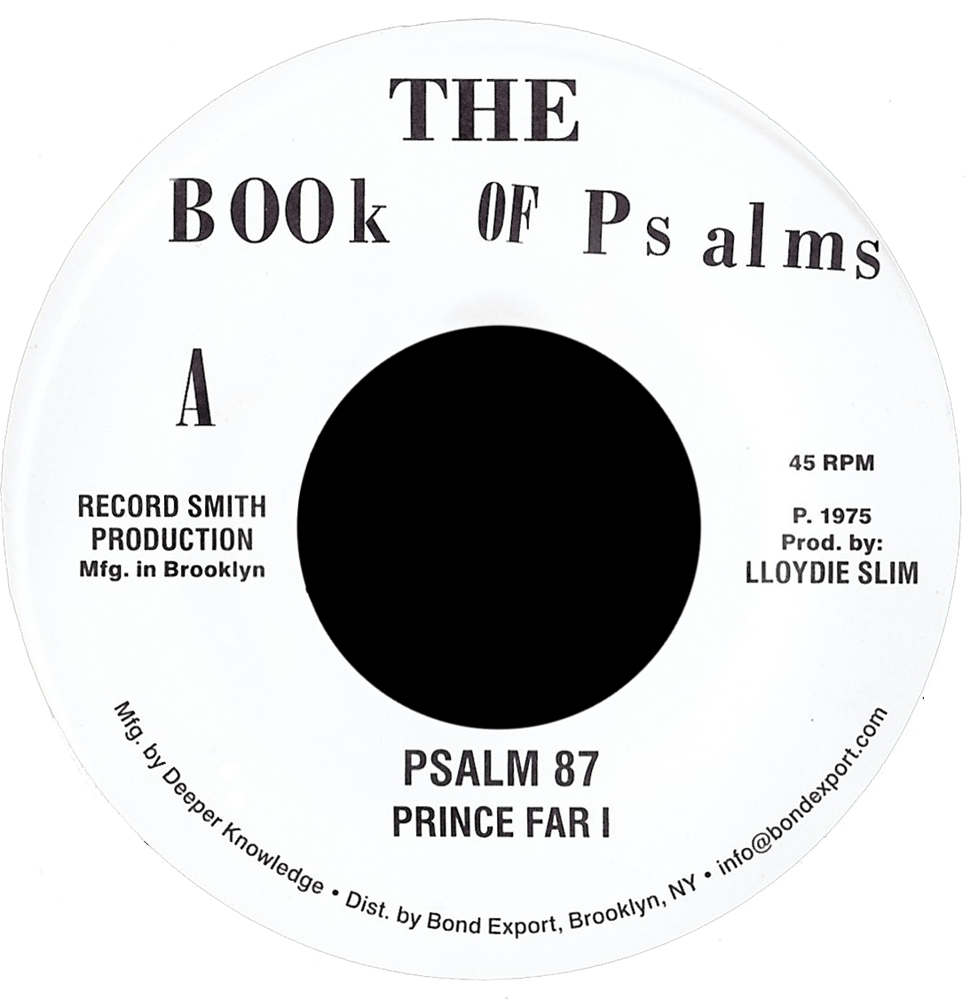 by Black Oney and Prince Far I

By special request and popular demand, here's the other two cuts to Black Oney's "Jah Jah Send the Parson (Rasta Move)." Since we reissued that single a couple years ago, it's been one of the most popular tunes in our catalog (still available, see link above). By now releasing the other two cuts on the rhythm seemed overdue, so here they are. Prince Far I's cut appeared on his "Psalms For I" LP on the Carib Gems label, while Black Oney's other cut on the rhythm was made specifically for entry in the 1975 Jamaican Festival Song contest, and only ever released on a tiny blank label pressing. Prince Far I recites Psalm 87 over a more spare dub-style mix of the rhythm, while Oney sings on a more straight mix. All three tunes were made in 1975.