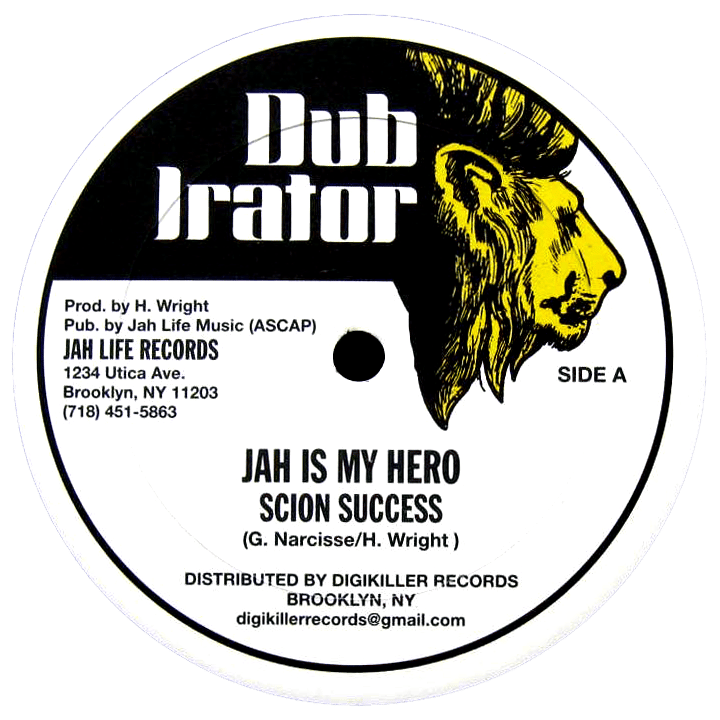 by Jug Head and Scion Success

Hyman "Jah Life" Wright's DUB IRATOR label returns with two of the most hard to find and killer tunes from his catalog. Scion Success' "Jah Is My Hero" was originally released in 1991 on a Jah Life 12" in New York, and is one of the ruffest digital roots tunes we've heard. On the flip side, from the mid 1980's, is "Joyce Gone" by Jug Head. Originally released during the mid 80's in NY on a Dub Irator 12", this is one of the heaviest songs of lost love, a slow and bottom heavy rhythm with great synths, followed by a hard dub cut. Please note, the Scion Success tune is vocal only, as on the original release.