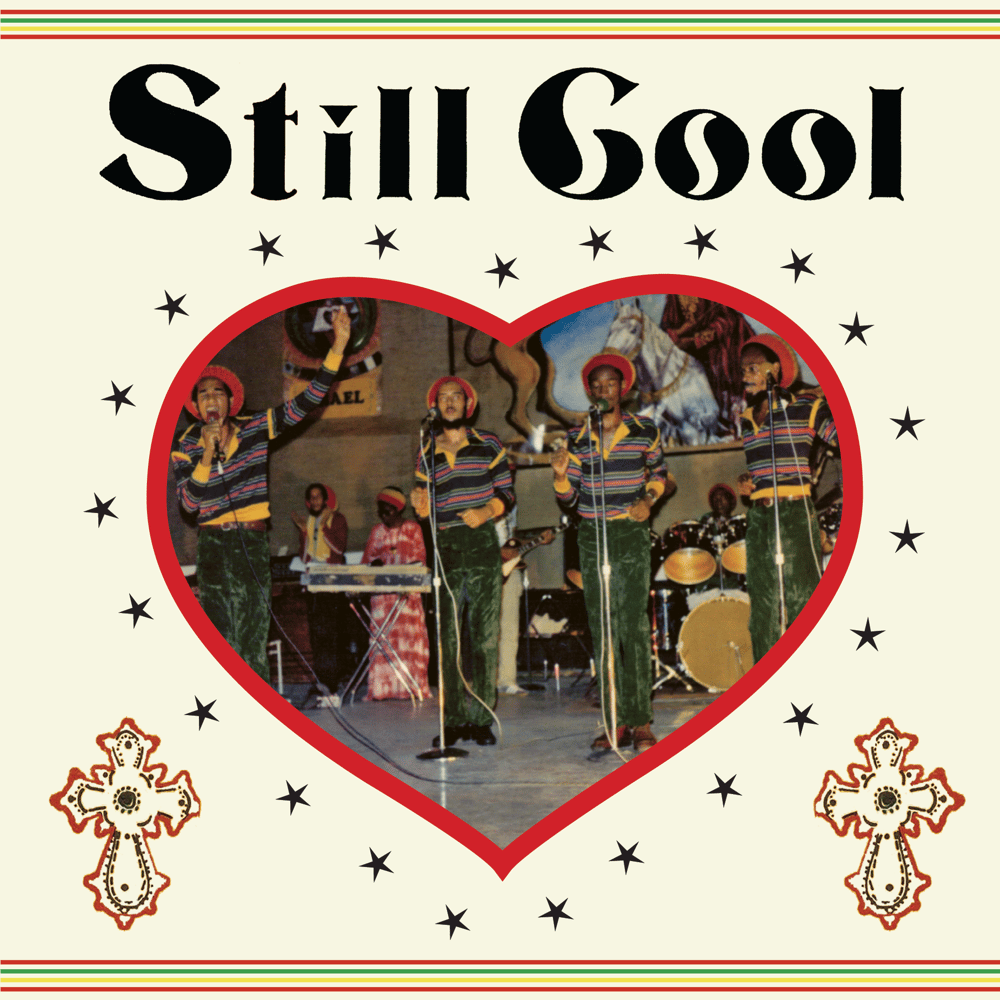 Still Cool - self-titled LP / CD (Uprising)
DKR-214
10 song LP. 6 of 10 tracks previously unreleased*.
CD has 16 tracks total - 10 song album, plus 6 bonus tracks of alternate and extended mixes from rare 45 and 12" singles. The 10 album cuts are in longer/unedited versions. CD in 6-panel digipak with more great vintage photos not on the LP jacket!
***This album is available for download on all major digital platforms. If you are looking for a digital copy, search for it at the platform of your choice!***
APRIL 2022: VINYL LP SOLD OUT

At long last, the legendary unreleased Still Cool album! Producer Carl "Stereo" Fletcher had been planning this LP on his Uprising label since the late 1970's. In fact, a version of it was released in Lagos, Nigeria, but that pressing was apparently minute and now nearly impossible to find.* So, finally properly released nearly 40 years later, here it is. Still Cool, like Stereo and his Uprising label, were part of the vibrant musical arm of the 12 Tribes of Israel Rastafarian group in the 1970's. Still Cool regularly performed on 12 Tribes stage shows, just check the photos in our LP & CD jackets. Four of the ten tracks on this album were released as singles back in the day, including one ("Sweeter Music") credited only to Still Cool vocalist Frankie Diamond. The other six tracks have never been released until now. This is a fantastic 1970's roots harmony album that should appeal to fans of classic harmony a la The Abyssinians, Mighty Diamonds, Wailing Souls, Burning Spear, Culture and Bob Marley & The Wailers. The CD version includes six bonus tracks of alternate and extended mixes, culled from rare 45 and 12-inch singles, as well as longer/unedited versions of the 10 album tracks. Both the CD and LP layouts include incredible photos from of the musicians and producer from back in the day. One of our finest releases yet, we hope you enjoy this album as much as we do.