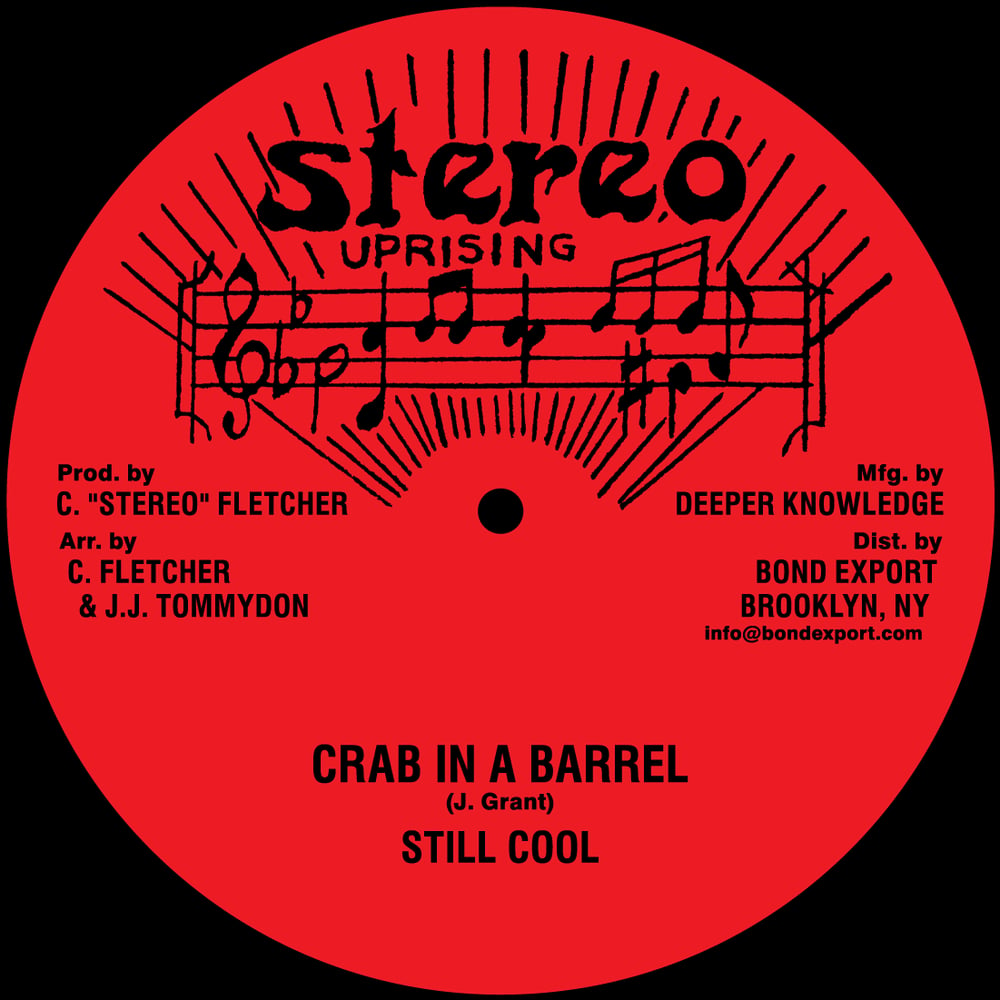 by Still Cool and Thomas White

From a slightly later date than the Uprising label singles, here's a killer double sided discomix 10" on the Stereo Uprising label. One side features Thomas White's "Ivory Girl", a haunting vocal over a killer Black Ark rhythm. This was originally released on the Hit Run label, licensed to the label while Stereo was in the UK in the early '80s. On the B-side we have the awesome "Crab in a Barrel" by Still Cool. Still Cool was a fantastic harmony group that Stereo produced many tracks with in the late '70s/early '80s. This tune was only ever released as the B-side of the rare NY 12" issue of Still Cool's "To Be Poor Is a Crime" single, popularized in the UK via heavy play by Jah Shaka, who also released it on single on his own label. This "Stereo Uprising" label design was used by Stereo when he was resident in the Bronx and releasing some 12-inch singles.