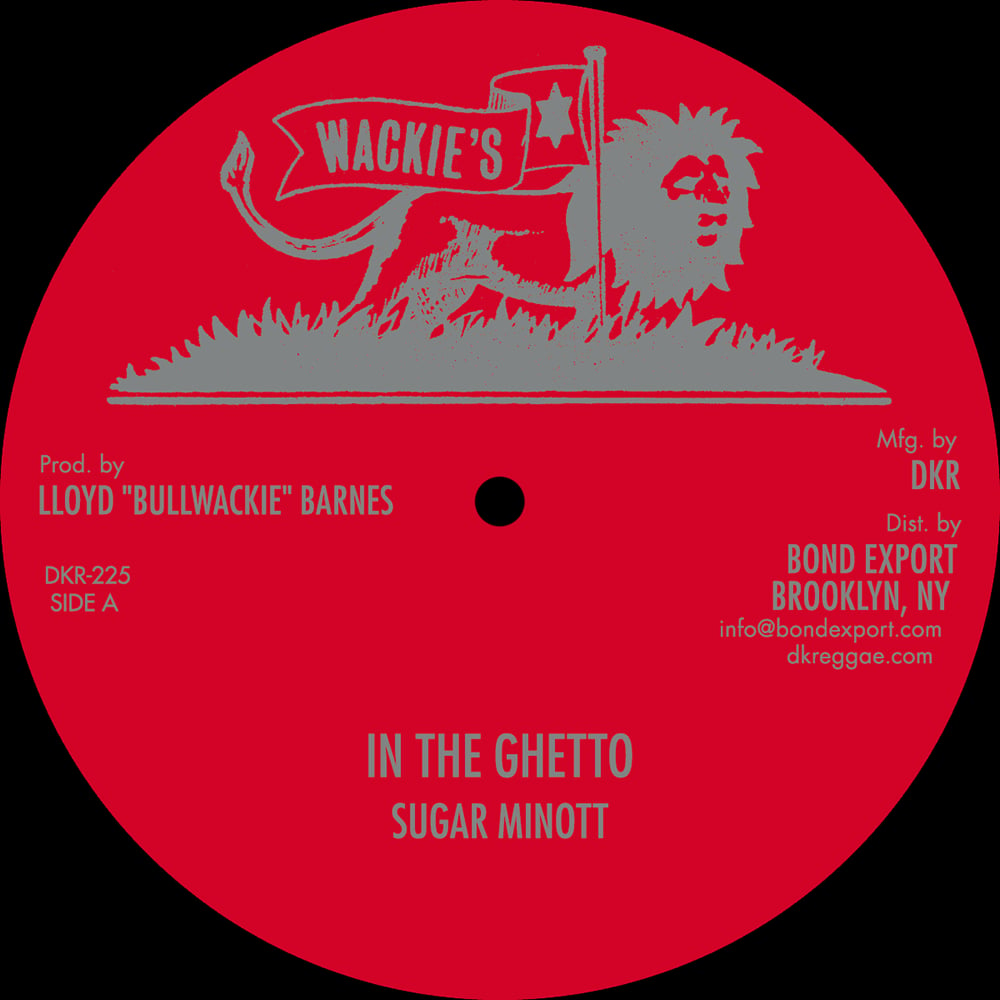 A couple of excellent Wackie's 12" sides from the '80s now paired together for maximum pressure. Each originally appeared on separate 12"s in approximately '85 and '80 respectively. The A-side is another killer Sugar Minott shot, one of his many for Wackie's. That is paired with a more obscure one in the Wackie's catalog, "Zion Land", a great shimmering and chanting roots tune which is tough to find on original pressing.