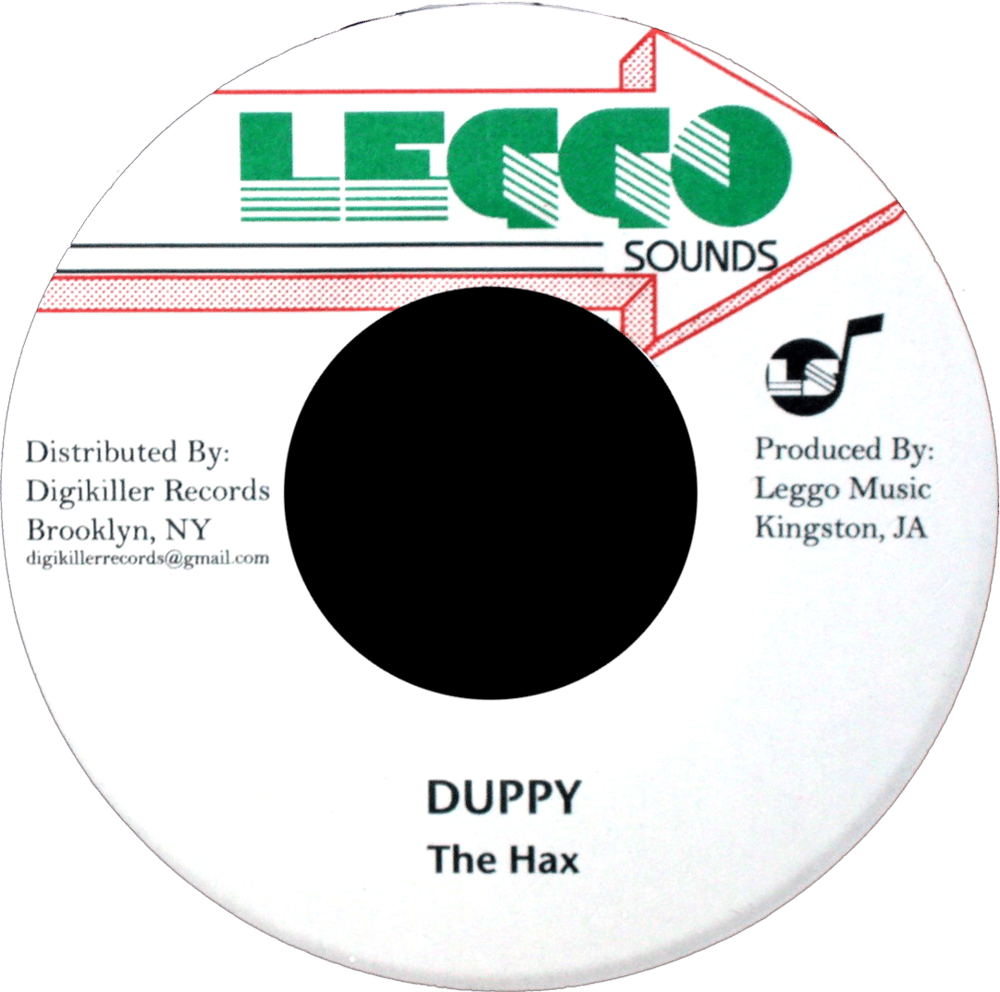 From 1986, "Duppy" by The Hax. A tune which blew us away from first listen with its amazingly advanced digital riddim, played live and arranged by Leggo's longtime spar Flabba Holt of the Roots Radics. The Hax, another unsung DKR favorite singer who did most of his recording for Leggo, sings "Duppy", delivering a warning with a killer Waterhouse-style vocal...."nuh go dung deh!"