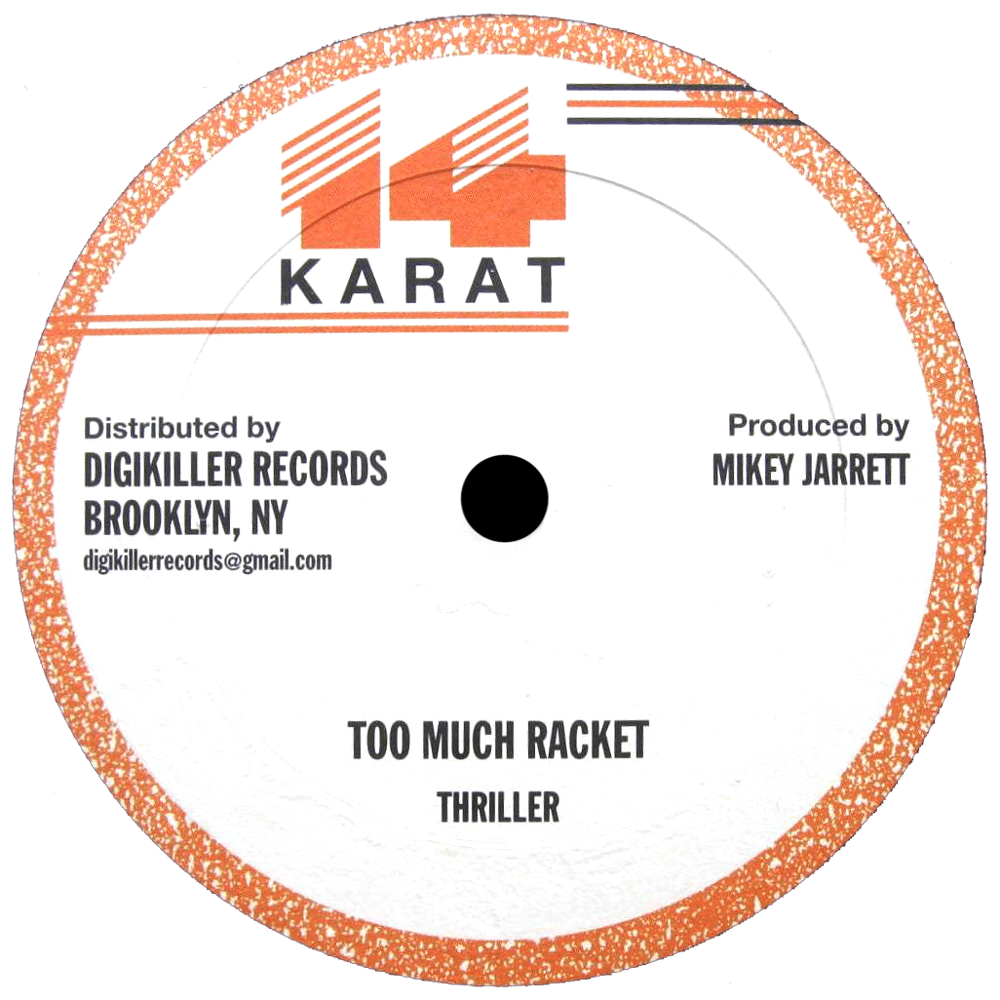 by Thriller and Wayne Jarrett

Thriller / Wayne Jarrett - Too Much Racket / Nice & Easy 12" (14 Karat)
DKR-023
both sides with version.
both sides same rhythm as the B-side of DKR-022.
All tracks previously unreleased.

More boomshots from the vaults of Mikey 'Karat' Jarrett! Straight from the master tapes, we bring you FOUR PREVIOUSLY UNRELEASED tunes and one famously heavy instrumental! Best known as the riddim to Scion Success' tune "Young Africans", this killer riddim was built and voiced at Channel 1 in the early 1980's, while Mikey was on a visit to Kingston. Upon returning to NYC, "Young Africans" was released on 12" disco, but the other three vocal cuts and a different dub version remained unreleased until now, over 25 years later! The reality tune "Too Much Racket" by a young Thriller, a heavy slice of lovers in the form of "Nice and Easy" by Wayne Jarrett.